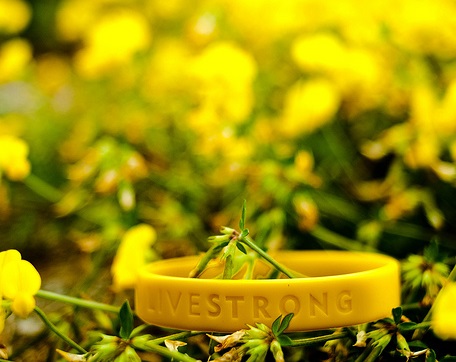 In October of 2012, the United States Anti-Doping Agency released a report related to Lance Armstrong, the six-time Tour De France winner and founder of the Livestrong Foundation. That report showed that Armstrong had indeed used performance-enhancing substances and procedures to enhance his athletic position, a stance that Armstrong had long denied.

As Armstrong’s future seemed rocky, the collateral damage was also going to be extensive, and one of the hardest hit would be his foundation. In 1995, when Armstrong was 25, he found that he had testicular cancer; the disease had spread to his brain, lungs, and abdomen. Armstrong started the foundation as he saw those like him who lacked the resources necessary to face this cancer. Five years after Armstrong created the foundation, current CEO Doug Ulman left his own cancer foundation, which he started after his own bout with the disease, to help advance Livestrong.

Through this work, Ulman developed a friendship with Mr. Armstrong, even as rumors of doping began to plague him. Ulman “had believed his good friend’s declarations of innocence over the years—believed them, some would argue, to the point of denial.” Once the report was released, Ulman could deny the rumors no longer. Ulman convened staff members of the Livestrong Foundation; Jennifer Long, Livestrong’s director of marketing, remembers Ulman saying, “We’re not going to defend him anymore.”

As Livestrong moved on from Armstrong, who gave a tearful goodbye to staff four months later, the foundation had to deal with declining donations, volunteers, and patients served as a result of Armstrong’s actions. Nike, a large corporate sponsor, is giving its last gift in 2014 at $7.5M. Two thousand fewer patients were served in 2013, and at the local level, Philadelphia saw more than a million dollars lost in its annual charity race.

With this decline, Livestrong aimed to refocus, and the article outlines Livestrong’s direction. The first step was to “be realistic”—specifically, deciding which programs could live under a smaller financial umbrella. “Each program is more worthy than the next, but to survive in a post-Armstrong reality, the foundation has to learn to do more with less. Seven programs have been cut already; this year, Ulman expects to drop at least 10 more.”

Livestrong is down, but it is not out, as the Foundation has approximately $107 million in assets. According to Ken Berger, president and CEO of Charity Navigator, “that war chest is going to help them weather this difficult time.” More importantly, the refocus has caused Ulman to both understand that Livestrong will have to chart a new course, stating, “It’s never going to be the same…in the future, could it be better? It could be.”—John Brothers