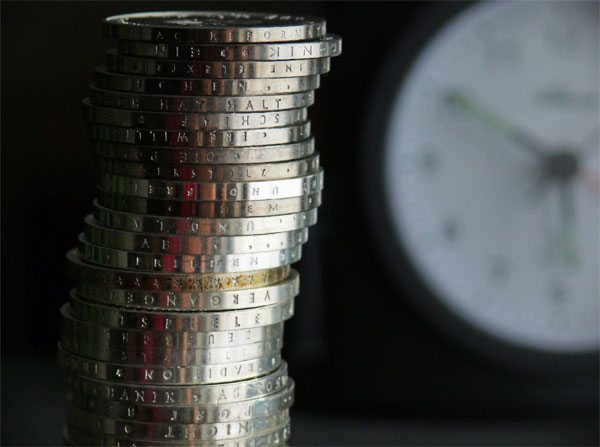 The Buen Vivir Fund—established by Thousand Currents and backed by the NoVo Foundation (founded by Peter Buffett, son of Warren Buffett, and his wife Jennifer)—is seeking to deploy a different, albeit historically well tested, impact investment model, one in which lenders and borrowers openly collaborate to achieve common goals, explains Rara Reines in Market Mogul. Reines notes that lending decisions are made not by a board, but rather “a Members’ Assembly where those with on-the-ground expertise have equal voting rights in decision making.”

To date, 19 partners have raised $1 million for the Fund. The group claims they are “poised to grow the Fund’s membership to 50 and increase investments to $5 million within the next three to five years.”

Over the past 30 years, Thousand Currents—known until 2016 as IDEX—has “invested in more than 750 community-led initiatives in 37 countries.” The group was formed in 1985 by “a group of ex-Peace Corps members and volunteers frustrated by the poverty reduction strategies they saw imposed on communities in the Global South.” According to its 2017 annual report, the organization has 15 staff members and total revenues of $6.6 million (including fiscal sponsorship income).

“The Buen Vivir Fund,” notes Reines, “has created a system, referred to as Aportes, whereby borrowers make a solidarity contribution of their choosing that will remain in the fund for current and future projects. The structure of Aportes contrasts with the conventional investment operation of interest, in which money is paid at regular intervals at a particular rate and accrues earnings for the purpose of increasing return on investment to investors.” The fund operates similarly to The Working World, a New York City-based nonprofit which has been federally certified as a community development financial institution (CDFI) and which has, over the past decade, had a 98 percent repayment rate on loans to over 1,000 loans to worker and community-owned companies.

In its first round of lending this year, the Buen Vivir Fund has supported nine projects across Latin America, North America, Southern Africa, and South Asia. The total investment includes, Reines writes, “$427,700 in loan capital and $113,000 in grant capital, “as well as business support via advising, learning-exchange, and the sharing of best practices.”

Most of the initial loans and grant are for groups in Mexico and Guatemala, although one additional group is from South Africa and one is from India. Reines describes two of the initial projects being funded:

The Mayan Medical Clinic, located in Sacatepéquez and Chimaltenango, Guatemala, which seeks to preserve Mayan traditions and provide high-quality natural prevention, treatment, and healing services to individuals seeking care. The use of the grants and funds provided by the Buen Vivir Fund is to build additional medical facilities, strengthen the service offerings for the natural clinics and provide physical equipment in the clinic space.

The Ubunye Foundation, located in the Eastern Cape, South Africa, is also supported by the Buen Vivir Fund as one of the initial nine investments. Ubunye, meaning “togetherness” in isiXhosa, embodies the services offered by the Ubunye Foundation, including leadership development, savings groups and financial education, and integrated early education and health. Investments from the Buen Vivir Fund will support the expansion of Ubunye’s technical support to local NGOs in the establishment of the Ubunye Technical Assistance and Support Service.

In keeping with the group’s co-governance model, loan recipients like the Mayan Medical Clinic and the Ubunye Foundation are also Buen Vivir members. As for the investing members, in addition to the NoVo Foundation, these are Dietel and Partners, the Libra Foundation, the Wallace Global Fund, the Swift Foundation, the Whitman Institute, Tan Giving, and Regenerative Finance.—Steve Dubb