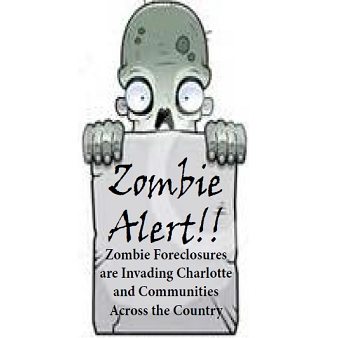 Watch out for zombie foreclosures! A local agency in North Carolina, Reinvestment Partners, has created a humorous video that brings back the dance from Michael Jackson’s hit, “Thriller” to raise awareness around the zombie foreclosure issue plaguing many communities across the nation.

A zombie foreclosure, or bank walk-away, materializes when a borrower leaves their home before they can pay off their mortgage, yet the bank doesn’t fully own the property. Neither entity takes responsibility, and therefore the home is left abandoned, fated to remain a zombie foreclosure.

“THE ZOMBIE FORECLOSURE IS IN LEGAL LIMBO, UNDEAD, NEITHER ALIVE NOR DEAD.

OFTEN THEY CLUSTER IN LOW-INCOME NEIGHBORHOODS.

The video shows Reinvestment Partners staff and local residents dressed up as zombies and dancing in the streets where vacant foreclosures are predominant. The piece has a fun and lighthearted tone, but also raises awareness around a very serious issue in communities where banks are jumping ship after foreclosures. These zombie foreclosures might not feed on your brains, but they are devastating to communities and have plagued over 300,000 homes in the United States.