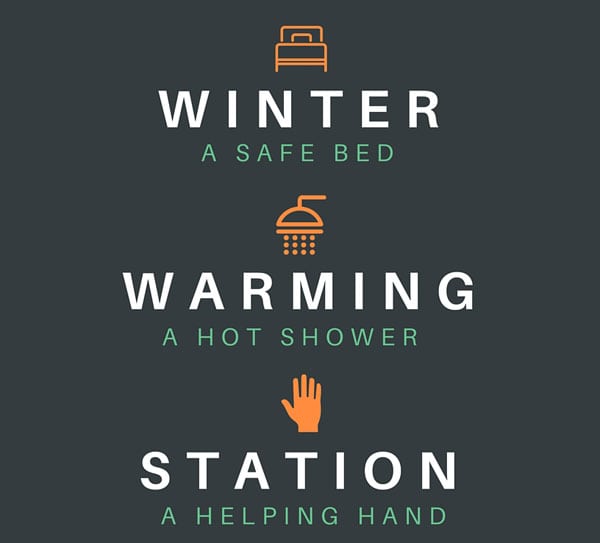 In the midst of a steamy August in the eastern United States, it takes some effort to conjure thoughts of the months ahead when cold weather will return. But in Allentown, Pennsylvania, the topic has become one of great interest in recent days—and one that has yielded an inspiring story of a how a nonprofit, a journalist, and a philanthropist have together managed to save an essential cold-weather service for the city’s homeless population.

Last week, reporter Bill White of The Morning Call ran a column highlighting the financial plight of the Allentown YMCA (a branch of Greater Valley YMCA), which needed a commitment of $100,000 to host a winter warming station—a service that has “skipped around for years” without a permanent home. The column was in response to a message sent by the Y’s CEO and president, Dave Fagerstrom, to a number of community contacts, including White, to explain that after months of discussion, the advisory council of the Y had decided it could not host the warming station for next winter because it could not assume the operational costs. As stated in his message,

It was determined that the Y cannot move forward unless a plan for long-term funding is secured…The Y simply can’t afford to bear that financial burden, as the Greater Valley Y has less than a one-percent bottom line and considering the Allentown Y is just now breaking even.

All of which is perfectly sound reasoning from a governing body, but no help at all to those looking to provide support for Allentown’s homeless, including St. Paul’s Lutheran pastor Steve Shussert, who said last week, “It’s now August 7. November 1 is virtually the day after tomorrow, and people will be freezing. When is someone going to step up?”

As it turns out, someone stepped up almost immediately. Someone who read White’s column and has occasionally corresponded with him sent a message the very morning the column appeared, committing $100,000 to cover the upcoming winter season. A while later, he sent another message pledging the same amount for a second year, allowing the Y and the rest of the community time to develop a longer-term funding strategy. His only request was that his gift had to remain anonymous. The donor subsequently spoke with Fagerstrom and offered to send a check for the first $100,000. On the strength of that promise, the Y’s advisory council unanimously agreed to run the warming station for the winter ahead, and in a news release, the organization said, “Assuming that the funding continues, the Y will commit to run the warming station on a year-to-year basis.”

Fundraising efforts are already underway to supplement the anonymous donor’s generous gift—including some that were already scheduled, like a charity golf tournament. The Y has also asked the city of Allentown to consider renewing its former support of $50,000 a year for the warming station, beginning in 2019. And a campaign has begun to raise about $10,000 in additional donations to help with the Y’s one-time startup expenses for items like cots, blankets, security doors, and a camera system.

Commenting on his reaction to the extraordinarily generous gift that saved the warming station project, Fagerstrom said,

Flabbergasted is a great word for it. It is wonderful there are people and entities in the community that have supported critical community needs. To read about it in the paper and reach out to those of us in the nonprofit sector who can make an impact illustrates the power of the local newspaper with local people, with a local need and a local nonprofit that can help.

It is worth noting that this positive example of how much local journalism can matter to the life of a community was published in the same week US news organizations are uniting to speak out against Donald’s Trump’s relentless attacks on the press as “enemies of the people.” No fake news here; this is the real deal, with real Americans—including a journalist—working together to solve a real problem.—Eileen Cunniffe