Local Schools Seek to Fill In Gaps with Supporting Foundations 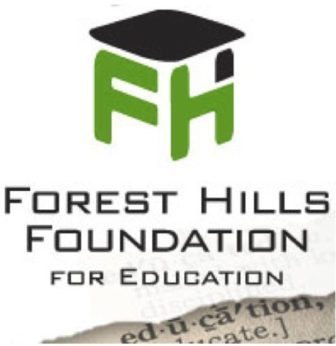 Support foundations are created to underpin and fortify an organization with ideas and dollars. According to the National School Foundation Association, among the 14,500 school districts across the country, more than 6,500 have foundations to augment their expenses. Support school foundations can help schools afford to offer programs and services that school budgets will not cover, but they can also sometimes exacerbate inequalities among school districts. For instance, a few years ago, philanthropy scholar Rob Reich noted in the New York Times that in California, high-income communities routinely use such foundations to increase per-capita spending in their districts and avoid sharing resources with surrounding districts. For example, the tony San Francisco suburb of Hillsborough had a support foundation that requested $2,300 per capita in parent donations, and one Marin County district asked for an even greater $3,400, even as low-income districts could raise less than $100 per child.

In Ohio, the Forest Hills District near Cincinnati is in a relatively high-income community, with a high AA bond rating. Roughly 89 percent of students are white, compared to an average of 54.5 percent in Hamilton County as a whole. Standard and Poor’s reported in 2015 that, “Resident income levels are, in our view, very strong, with median household effective buying income (EBI) and per capita EBI at 144 percent and 149 percent, respectively, of the national averages.”

Still, even schools in better off districts like Forest Hills have had to work with less. To address the need for new textbooks, “smart boards,” and other equipment, foundations formed to serve specific schools or school districts. Ohio’s Forest Hills is one such district.

Randy Smith, president of the Forest Hills Board of Education, who retired from Proctor & Gamble, sees the whole picture. When he was elected to the school board in 2003, he began to look for ways to supplement school programs without tax dollars. He attended an Ohio School Board Association meeting that year, which is where he learned about foundations and the help they could provide. After some feedback from community meetings, the Forest Hills Foundation was created.

Following an initial period of apparent failure, when it looked as though the foundation would suffer the same fate as an earlier attempt, it recovered from its shaky start once Smith got some training, “What really got this one off the ground, I attended a National School Foundation Association meeting in April 2006,” he said. “That’s where I got a lot of training, ideas, and templates for paperwork.” Susan and Jay Mackey, Dee Stone, and Jim Frooman, currently on the Forest Hills Board of Education, stepped up to support the stumbling foundation.

A similar foundation was established in the Madeira district two decades before Forest Hills, in 1984. The Madeira foundation holds an annual fundraiser that has raised over $2 million over the 20 years. Amon other things, it has paid for equipment for science and computer labs, theater seats and arts programs, and athletic facilities.

“We offer the opportunity to link our parents and local business to directly support our students in purchasing technology, support student travel and scholarship, and fundraising for larger initiatives like the fitness center that opened this school year, the theater and stadium,” Mindi Hilgeman, Alumni Relations Director, said.

The Forest Hills Foundation has created several events, including the Forest Hills 5K, which was established by parents Jenny Nayak and Beth Davis, who are also foundation members. Stone became the executive director in 2011. “The 5K has fueled a lot of programming over the years,” she said. “It’s the ninth year for the 5K. It’s funded by community partnerships and sponsors. Beth and Jenny go out and do a great job telling the story of the foundation.”

The foundation will retain 10 percent of their donation income in an endowment to ensure the continued existence of the foundation. This year, the donations are expected to be $250,000 to help fund college prep classes, afterschool enrichment programs, teacher grants, laptops for freshman in the Power Up Equity program, and free and reduced lunches.

“I couldn’t be prouder of what this has become over the last 13 to 14 years,” Smith said.

More programs are in the future, said Stone who is also an Anderson Township Trustee. A collaborative effort that’s in early talks could eventually provide workplace readiness for Forest Hills students benefitting them and businesses in the community, she said.

The foundation is also in the middle of succession planning focusing on the leadership of the future.