Looking for Saviors in Bankrupt Detroit 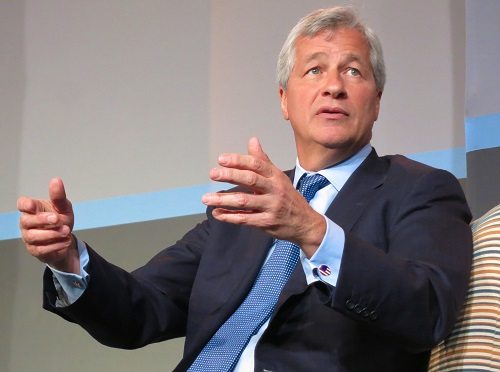 The planned revival of bankrupt Detroit has taken a twist that contrasts with the history of previous municipal turnarounds in the United States. There is plenty to debate about what constitutes a municipal turnaround and how deep some of the major touted turnarounds of U.S. cities have been, but many people point to places like Providence, Portland (Oregon), Atlanta, Pittsburgh, and others as cities that have made significant advances out of their longstanding socio-economic doldrums. The mix may be different in each, but they all had elements of governmental and civic leadership charting the cities’ pathways up and out of some of their problems.

Although Detroit has had a well-publicized commitment from the region’s philanthropic community focused on the nexus between the valuable collection of the Detroit Institute of Arts and the city’s billions in debt to public employee’s pensions, the distinctive story about Detroit’s future has been focused on corporate saviors, notably Dan Gilbert of Quicken Loans and Jamie Dimon of JPMorgan Chase. It’s not just that Detroit is welcoming private investment. City leaders seem to be leaning on these corporate leaders to guide the city through the post-bankruptcy thicket back toward prosperity.

With all but no expectations of federal intervention and limited resources available from the state, Detroit is counting on the private plans of Gilbert and Dimon for the future, with little or no local government constraint, much less direction.

One of the nation’s most prominent scofflaw banks, having recently paid a $13 billion federal fine for selling seriously flawed mortgage-backed securities plus $1.7 billion for its role in the Bernie Madoff scandal, JPMorgan Chase has now committed all of $100 million toward blight removal, redevelopment, home loans, and job retraining in Detroit.

The Washington Post’s Jim Tankersley says that Detroiters have multiple theories to explain JPMorgan’s investment, such as its being part of its settlement with the Department of Justice or that the money counts as a corporate charitable deduction—or that “it’s a plot to privatize municipal infrastructure.”

“The working theory at JPMorgan, from [Aaron] Seybert [JP Morgan’s “point person” in Detroit] up to the executive suite, is that spending $100 million in America’s most famously bankrupt city is a good investment,” Tankersley writes. “Good for Detroit, yes, but also good for JPMorgan. Best case, good for America.”

Tankersley cites Dimon as coming to the realization while on a trip to Africa that bank investment can and should help a community like Detroit “bend its path toward greatness.” It’s not clear whether Dimon’s enlightenment occurred before or after the bank was slapped with billions in federal fines. A hundred million dollars from JPMorgan Chase isn’t much from a company with $2.29 trillion in assets shown on its balance sheet and another $1.66 trillion “off balance sheet.” Nonetheless, Dimon and JPMorgan are being lauded for their commitment of $25 million for renovating abandoned homes, $12.5 million for job training for local residents, $12.5 million “to grow small businesses and improve city infrastructure,” and $50 million for two community lending groups.

One of the two lending groups is Invest Detroit, with Dave Egner of the Hudson-Webber Foundation as the most prominent representative of Detroit’s nonprofit and philanthropic community on its board of directors. Its mission is investment in commercial and residential developments that demonstrate the investment potential of the city.

As viewed by the bank, the $100 million isn’t charity, but investment. “The hope is that JPMorgan, by galloping into the market with a big investment, can help attract a lot of other investment,” Tankersley explains. “That the market will view the bank’s spending not as charity, but as a sign of confidence in the revival, a signal that, yes, these neighborhoods are on the mend, middle-class incomes are poised to move in, and there will be money to be made.”

“Bank capital is shareholder capital,” Seybert says. “We’re not a foundation here…Community development needs to be sustainable, and we expect a return on our investment.”

The Columbia Journalism Review’s Anna Clark writes about Dan Gilbert as something of a George Bailey come to life to invest in downtown Detroit, except that unlike the humble character played by Jimmy Stewart thanking an angel for saving him in It’s a Wonderful Life, the press characterization of Gilbert seems to be “savior” or “superhero.” In roughly four years, Gilbert, the founder and chairman of Quicken Loans, has purchased through his network of companies some 60 major downtown buildings in Detroit.

It is undoubtedly a risk to sweep up nine million square feet of commercial office space in downtown Detroit, but it is difficult to imagine that Gilbert faced too many competing bidders for the properties. Clark reports that the local press treats every Gilbert acquisition with boosterish hosannas and virtually no critical commentary.

Unlike the attention paid to JPMorgan Chase, there seems to have been relatively little coverage of investigations into Quicken’s lending problems, in part because not many have hit the courts or resulted in penalties beyond a tiny fraction of the charges slapped on Dimon’s firm.

The challenge that both Dimon and Gilbert represent is a question, believe it or not, of democracy. Detroit is so desperate—and, according to Jeff Wattrick, the managing editor of Click on Detroit, so prone to a “savior complex”—that the press and others feel compelled to be positive about downtown development and developers, else they risk “upsetting the apple cart.” Some critics worry that the corporate assumption of many municipal functions—for example, the private police force employed by Gilbert that patrols Quicken’s downtown commercial office holdings—is something of a corporate takeover under the guise of “public-private partnerships.” While Gilbert is by far the most prominent of the corporate saviors, and while the city is hardly protesting having players with capital take over the provision of services that the municipal government had been doing poorly or not at all, there is little discussion in Detroit or elsewhere as to what the long-term implications of this trend might mean.

Moreover, for the residents of Detroit dispersed throughout its often-struggling neighborhoods, there is another set of questions. To what extent are Gilbert, Dimon, and other corporate saviors (Mike Ilitch of Little Caesars comes to mind) working on broad-based solutions for Detroit or solutions with a primary or exclusive impact on the small parts of the city where they have, or will have, a stake? Tankersley says that JPMorgan’s $100 million is targeted on a tiny “sliver” of the huge city (in landmass); “vast stretches of the city…won’t see a dime of that redevelopment money.” Clark and others intimate that Gilbert is fundamentally focused on his downtown enclave that some have recently taken to calling “Gilbertville” and caution not to read more into his investment and redevelopment strategy than he has actually said he would do. Detroiters might be imbuing their hopes for a savior into the words and plans of Gilbert and Dimon when they actually don’t have the whole city, or even much of the city at all, in their sights.

Wherever all these plans to save Detroit might lead in terms of investment and redevelopment, whether for Gilbert’s downtown complex or the Detroit Institute of Arts, the revival of Detroit’s grassroots democratic infrastructure seems to be getting short shrift. When a city looks for a savior (or saviors) to vault it from the depths of despair like a miracle de dieu, it has to have a great deal of faith in those saviors’ motivations and a willingness to cede them, it appears, substantial control over aspects of the city’s own affairs.—Rick Cohen