Louisiana Sexual Assault Victims to Get Restitution without Police Reports 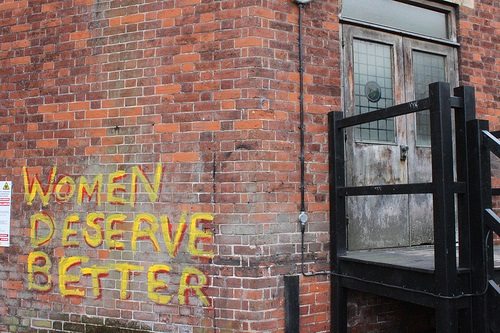 The legal reforms and additions announced yesterday by the Louisiana Department of Health and Hospitals (DHH) mean sexual assault victims will no longer be billed for exams related to their attacks, nor will victims be required to file a police report before they can request reimbursement for their assaults.

Reforms to the law will authorize hospitals to send their billing requests for the exams directly to the Crime Victims’ Reparation Board, a state board that helps victims financially with the emotional and physical burdens in the aftermath of a crime. The board’s funds are derived from the fees and fines paid by those who have committed a crime. Victims may receive up to $25,000 dollars from the fund, depending on the circumstances and severity of their injuries.

Prior to this proposal, the current law allowed for some instances where hospitals would treat victims being treated for an assault as regular emergency room patients, and therefore would bill the victim personally for the examination services. Indeed, the Louisiana lawmakers initiated talks to address this loophole after the Times-Picayunereleased a report that some rape victims had been billed for examinations they received following their attacks.

According to DHH, the law, under this plan, will be reformed to eliminate the possibility that rape victims would receive a bill in such circumstances.

Perhaps even more significant are the changes that will be made to the state’s Crime Victims’ Reparation Board itself, enabling victims to more easily receive restitution for their assaults. Current board rules require victims to report their crime 72 hours after it has been committed to be eligible for reparations, limiting the services of the board to only those who report their assaults. However, the new plan would remove the requirement that an individual has to file a timely police report before being eligible for reimbursement, potentially helping more victims.

NPQ has already written about other initiatives being made to further aid victims of sexual assault. From the White House’s “It’s On Us” bystander campaign, which puts the onus to stop sexual assault on everyone, to the new initiative by national fraternities attempting to address rape culture, sexual assault has been a deserved topic of debate.

Given that as a crime, sexual assault is nearly universally underreported across the country and the world, this reform to Louisiana’s law is a further step in the right direction to help rape victims. According to the Department of Justice, nearly two-thirds of sexual assault victims in the U.S. do not file reports of their assaults to law enforcement.

Being barred from receiving reimbursement for their assault undeniably disadvantages individuals who do not want to move forward with prosecution. As noted on the board’s website, the reimbursement, as applicable through this law, is meant to provide aid to victims for medical or prescription expenses, mental health counseling, and loss of earnings through being either physically or emotionally unable to sustain a job, among other costs.

Last year, the New York Times published an in-depth piece looking at the challenges two women who had been victims of child pornography encountered as they tried to receive restitution after their images were distributed among offenders. Each time one of the women’s photos from when they were children was shared, they could cite a claim to gather restitution from the offender. The article discusses the psychological obstacles the women often faced from the knowledge that their abuse was being viewed repeatedly by strangers, such as being unable to attend classes, hold a job responsibly, or maintain healthy relationships. While, to some, the women’s decision to pursue restitution for the crime committed against them is controversial (pictures and videos of their abuse from nearly 30 years ago are still being distributed), the money they receive from the settlements has enabled them to lead more stable lives than they otherwise could, due to the debilitating effects of the abuse they suffered.

Likewise, this change in Louisiana’s law will inevitably help more victims of sexual abuse simply by expanding to include more people who are eligible to request reimbursement. With this expansion in the law, Louisiana may serve as a further resource for victims of sexual assault, especially those who cannot report their crime.—Shafaq Hasan