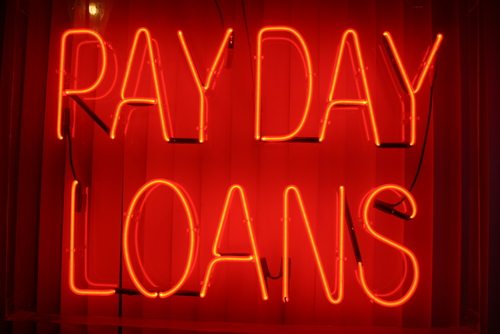 While the Chicago-based John D. and Catherine T. MacArthur Foundation may be best known for its annual MacArthur Fellows awards, a.k.a. “genius grants,” such grants are just a small portion of its estimated $230 million in annual grantmaking. Among its grant programs is the “MacArthur Award for Creative and Effective Institutions” for nonprofits. It’s similar to the Fellows program in that there’s no application process, the money has no strings attached, and it’s awarded for an outstanding body of work, past, present and future. Totaling $6.5 million, the 2014 “genius grants for nonprofits” were just awarded to seven nonprofit organizations in three countries, all of which are doing amazing, often politically-charged work, which is often when philanthropic support is most needed.

The grants provide flexible one-time investments in long term sustainability for organizations doing creative and effective work in fields aligned with the Foundation’s interest. By “creative and effective,” the Foundation means organizations that “generate provocative ideas, reframe the debate, provide new ways at looking at persistent problems…and are effective at delivering services or challenging old paradigms.” Each recipient is nominated by Foundation staff, who additionally look for strong leadership and governance, demonstrated impact that is likely to continue, and readiness to implement a plan for expansion and sustainability.

All awardees are all current or previous grantees of other MacArthur Foundation funding programs, and they have remarkable latitude in how they can spend the funds. One of the 2014 recipients, NatureServe, is creating a new endowment fund to support biodiversity research. Another recipient, the National Housing Trust, will help its network of housing developers to “green” their projects, resulting in lower energy costs and healthier living environments. The University of Chicago Crime Lab will expand its geographic reach more efficiently because, in the words of executive director Roseanna Ander, “we will be able to turn on a dime and move on a project immediately. We won’t have to fund a funding source before taking [it] on.” The Campaign Legal Center will establish its first ever endowment, and update its web resources of legal cases involving money and politics. The other laudable recipients include Toronto’s Citizen Lab, Nigeria’s Women’s Rights Advancement and Protection Alternative, and New York’s ProPublica.

Other funders may similarly make investments not only in programs, specific outcomes (the “pay-to-play” model), and basic operating support, but also in nonprofit organizations themselves as societal infrastructure. But the MacArthur Foundation’s “Creative and Effective Institutions Award” is one of the largest and most intentional.

The Foundation is planning to evaluate this program’s impact over the next two years. We hope, should the results prove an example of effective “evidence-based practice,” that this funding approach will be more widely adopted as a standard element of philanthropy. Investing in organizations as a whole, rather than specific pieces of work, will allow more long term and game-changing approaches to social issues by some of the most creative and effective minds in the field. Genius, indeed.—Kathi Jaworski