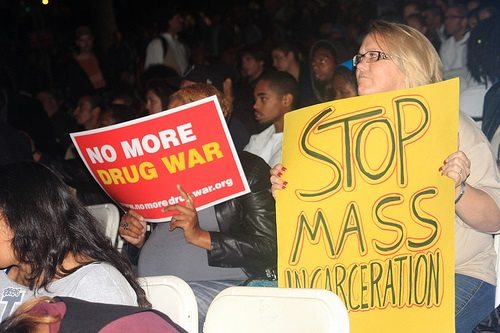 Building on a 20-year track record in the justice field, the MacArthur Foundation has newly launched a new $75 million initiative to reduce the use of jails in the United States. While open to jurisdictions throughout the country, the initiative has a particular focus on “the disproportionate impact on low-income individuals and communities of color.”

In a statement, Julia Stasch, MacArthur’s president, explained, “Jails are where our nation’s incarceration problem begins: There are nearly 12 million jail admissions every year, and jails too often serve as warehouses for those too poor to post bail, nonviolent offenders, or people with mental illness.” With the Safety and Justice Challenge, MacArthur aims to identify and support more fair and effective approaches in up to 20 jurisdictions with “innovative, collaborative and evidence-based solutions.”

MacArthur’s announcement and RFP aligned this week with the release by the Vera Institute of Justice of its study, “Incarceration’s Front Door: The Misuse of Jails in America,” also supported by the MacArthur Foundation. Drawing on data from the U.S. Department of Justice’s Bureau of Justice Statistics and other sources, the study indicates that annual admissions to jails nearly doubled, from six million in 1983 to 11.7 million in 2013 and that the average length of a jail stay has also increased from an average of 14 days in 1983 to 23 days in 2013. The study also notes that the bulk of the people being held in jails are neither awaiting trial nor sentencing, nor have they been found to be a danger to public safety or a flight risk. Instead, the study points out, “there is often a history of substance abuse, mental illness, poverty, failure in school and victimization.”

In terms of offenses, the study makes a link between the rise in jail use and the rise in drug related enforcement—including nonviolent crimes. Significantly, the study indicates that African American and Latino communities are disproportionately represented in jails nationwide, representing a combined total of 30 percent of the general population and 51 percent of the country’s jail population.

The study argues that the increased reliance on jails has been costly—both to communities and to individuals and families—and has contributed “little if at all, to the enhancement of public safety.” Emphasizing the disproportionate use of jails in low-income areas, the study points out that “jail admissions tend to be concentrated in neighborhoods with elevated rates of poverty, crime, and racial segregation, and low rates of educational attainment and employment.”

On a hopeful note, the study includes some examples of model programs that in various ways have reduced the country’s reliance on jails. As an example, the study points to the success the New Orleans Police Department has had with its citation and release program for municipal offenses other than domestic violence or public intoxication, which resulted in a 29 percent decrease in arrests from 2009-2011. As another example, the study points to a New Orleans-based initiative led by the Vera Institute and supported by city agencies and a range of community organizations that has already reduced that city’s total jail population by expanding options for pretrial defendants and those sentenced. District Attorney Kenneth P. Thompson of Kings County (Brooklyn, N.Y.) is also singled out in the study for his decision to stop prosecuting most people with low-level marijuana offenses as a way to keep young people of color out of the criminal justice system.

Designed as a two-phased program spanning five years, the Safety and Justice Challenge is open to any jurisdiction with governing authority over a local jail or jail system that has at least 50 beds including states, cities, counties, judicial districts, and tribes. The deadline is March 31, 2015.—Anne Eigeman