Maine Restaurant Finds Itself in Muddy Area over Charitable Events 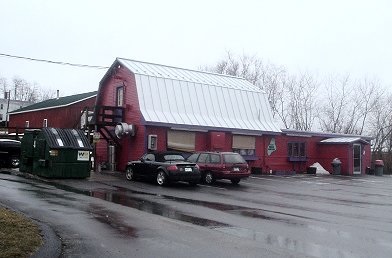 In Augusta, Maine, the Red Barn restaurant has been holding fundraisers for local nonprofits since 2009. Laura Benedict, who owns the establishment, says that the eatery thought of the weekly all-you-can-eat nights with suggested donations flowing to charity as a way to attract new customers. “It worked almost immediately and it revitalized the business,” Benedict said. “We would have gone out of business if we didn’t change the way we did business. Giving back is the first thing we did, and it worked.” She says that a total of $635,000 has been raised since 2009 for local charity organizations and individuals.

But now the Red Barn has received a cease-and-desist letter from the Maine attorney general’s office telling Benedict to stop holding charitable events until the restaurant is licensed as a charitable solicitor or proves that it does not need a license.

Attorney General Janet T. Mills has since apologized for the letter’s tone, and spokesman Tim Feeley said they may call instead of serving orders on businesses in the future to tell them they may need to register. For Benedict, the letter caused “a couple of sleepless nights,” but the restaurant has received an outpouring of public support and a drive by local legislators to clarify the law.—Ruth McCambridge