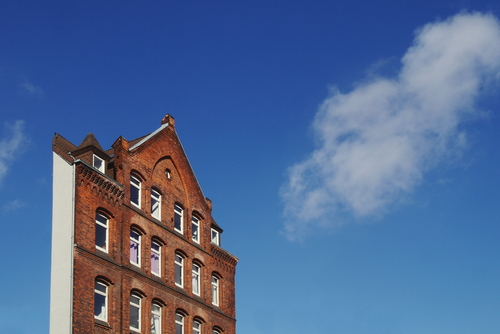 In light of NPQ’s coverage of nonprofit community development corporations producing thousands of units of affordable housing, this report from the Center for Budget and Policy Priorities is both interesting and disturbing.

CBPP’s Alicia Mazzara examined the changes in the numbers of renters in every state who pay more than 50 percent of their income for housing. Between 2007 and 2013, the number of such cost-burdened renters increased in every state of the union except for Delaware, and the proportion of renters who pay more than half of their incomes for rent rose in 45 states and the District of Columbia. The following data map tells the story: 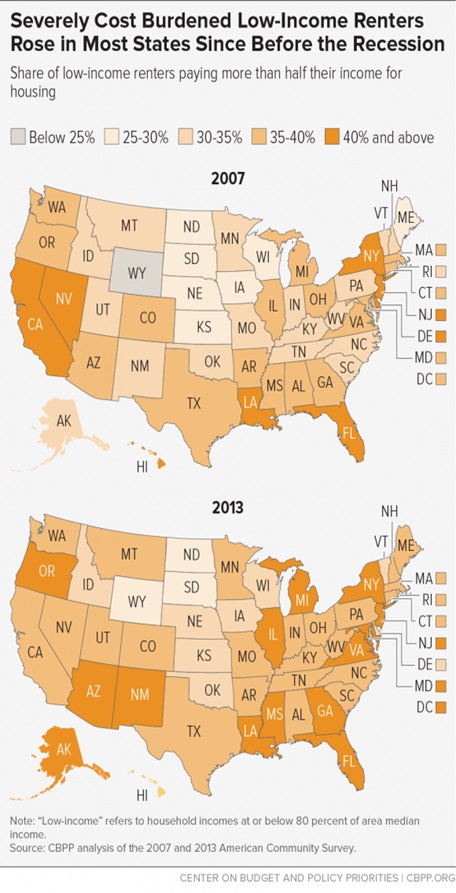 That’s 11.25 million renter households paying more than half of their incomes for rent, according to Enterprise Community Partners—more than one fourth of all renters in the U.S. The reality is that when paying half or more of income for rent, other family expenses don’t get covered. “It means making really difficult trade-offs,” said Angela Boyd, a vice president at Enterprise Community Partners. “There are daily financial dilemmas about making their rent or buying groceries.”

The proportion of American households that rent has gone up (to around 36 percent), in part because the options to buy are so difficult in many states. According to the Corporation for Enterprise Development, the ten states (including the District of Columbia) with the least affordable homes are, in rank order, Rhode Island tied with Vermont at #9 and 10, Washington, New Jersey, Oregon, New York, Massachusetts, California, D.C., and, as the least affordable state in the nation, Hawaii.

There’s a shortage of millions of units of affordable rentals, and since the recession, even with the job market coming back, incomes are much lower than they used to be, making home-buying difficult for even moderate and middle income families. Are there solutions? Localities are crafting their own strategies:

The missing partner in all of these actions and strategies? The federal government. Now that a new election is underway for the White House with a bevy of candidates, it might be nice to see if any of them make affordable housing more than a passing reference in their campaign platforms, and if they do, whether they have anything substantive to propose to address the nation’s housing crisis.—Rick Cohen