In the gallery at Temple University’s Tyler School of Art, visitors can see more than 800 broken musical instruments gathered by teachers from classrooms and storage spaces across the School District of Philadelphia. This display is both a testament to the district’s long commitment to music education and a reflection of the sorry state of current funding for music programs. But on a more hopeful note, the temporary display represents the early stages of an innovative, collaborative project aimed at fixing what’s been broken. With this “ragtag harvest” of instruments, Pulitzer Prize-winning composer David Lang will write “Symphony for a Broken Orchestra,” which will be performed—just once—in October.

Since the district slashed funding in 2013, the broken instruments have been piling up, leaving many students on the sidelines, because most city youth cannot afford to provide their own instruments. Robert Blackson, gallery director at Temple Contemporary, came up with the idea for the exhibition after a conversation with a friend who is a music teacher. The project expanded after Blackson contacted Lang, who is known for taking on unusual musical challenges. Lang is one of the founders of the new music organization Bang On a Can, which created the nonprofit Found Sound Nation (FSN), a partner for the Philly project. On its website, FSN is described as “a collective of artists who use music-making to connect people across cultural divides. We believe that collaborative music creation is a deeply effective way to become aware of the beauty, trauma, and hidden potential in our communities. Our process gives voice to the underrepresented, unlocks the creative potential of youth, and supports movements for social justice.”

Lang, whose first exposure to music was as a public school student, jumped at the opportunity to write “Symphony for a Broken Orchestra,” working with the sometimes-strange sounds produced by the instruments in their current, varying states of disrepair. He says his response to the invitation was, “I just exploded with happiness. I immediately imagined how incredible it would be to put all these instruments together to make a spectacular piece of music.”

Before Lang can begin work on his composition, a small army of volunteers has had to catalogue not only the instruments, but also the sounds they make—alone or in combination. Project manager Anna Drozdowski has led the charge in creating an inventory of instruments. FSN has led the process of recording a “sound library” that Lang can draw on as he composes. Temple music students, professional musicians from local jazz and klezmer ensembles and other musically inclined volunteers have assisted with the sound library.

These musicians have enjoyed playing the instruments and hearing “what broken sounds like.” One pile of instruments was nicknamed “the unicorns” for their rare tones. Others must be handled very gently because of their “horrendous wounds.” Some can no longer be used as intended—say, a cello with its neck snapped off that is now only good for percussion. Some make unexpectedly beautiful sounds, while others are described as “horrifying.”

Many of these instruments, it is hoped, will eventually be rehabilitated—and placed back into the hands of Philadelphia students—through contributions from an adopt-an-instrument fundraising campaign that is being planned. But not until after Lang’s composition has been performed with the instruments as they currently sound.

When “Symphony for a Broken Orchestra” is performed in the fall, “a 400-member orchestra will demonstrate what an entire city’s worth of broken instruments sounds like.” Blackson expects the orchestra will include a cross-section of local musicians, including “high school and college students, professional musicians, Mummers, Philadelphia Orchestra members, and school teachers.”

As Lang notes, “The piece of music I’m writing is not the end point, but an intermediate point before the healing of these instruments and their return to their communities.”—Eileen Cunniffe 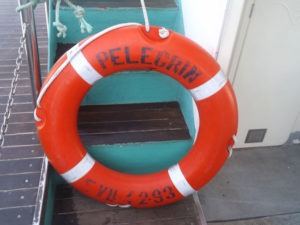 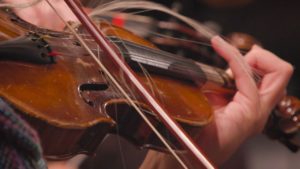 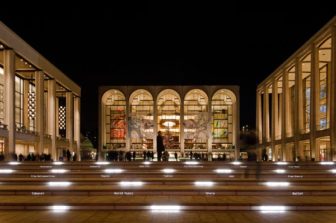 From Bad to Worse: Too Many Presidents at Lincoln Center 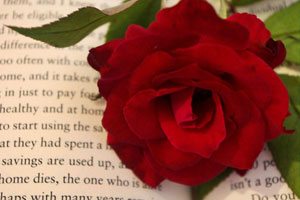 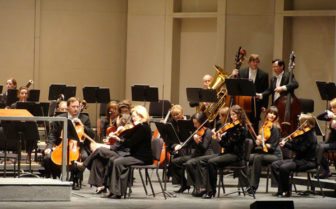 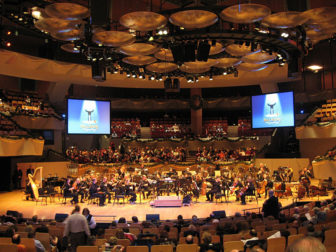