Managing Consultants and Conflicts of Interest in DC Schools: A Lesson for Nonprofits and Funders 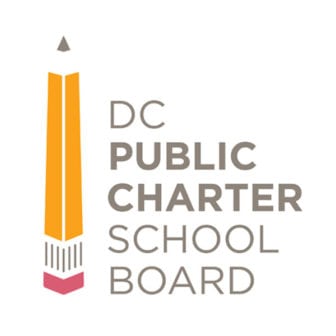 Nonprofit charter schools in Washington, DC operate under the gun in a very high stakes environment, facing loss of their charters and even forced closure if they do not meet expectations. Often lacking the necessary internal resources, they, like many small nonprofits, turn to consultants, which leads to a new set of problems. Washington City Paper recently looked at the dangers of conflicts of interest and the need for greater transparency in the educational market place. Their findings provide some important lessons that can benefit all nonprofits and policymakers.

Until recently, DC’s school system was often cited as a model of modern public education. According to the Washington Post, “City lawmakers repeatedly boasted that the District’s schools had become the fastest-improving in the nation. Philanthropic dollars poured in. President Barack Obama offered praise. And one of the most dysfunctional school systems in America became known as a model for education reform efforts nationwide.”

DC’s system has an educational marketplace through which competitive pressures can drive educational performance forward. It uses the results of test-based performance measures to evaluate its schools. It encourages the growth of charter schools to fuel competition. It has a separate public body (the Public Charter School Board) to provide oversight and accountability to its charter schools while allowing them to remain outside the control of the city’s traditional School Board. In this environment, struggling charters often turn to consultants for objective input that can help them improve.

One firm, TenSquare, has become the dominant consultant in DC for charters. It currently has several large contracts to help turn programs around. According to CityPaper, TenSquare “claims that it has essentially cracked the code for school turnarounds. It comes into schools with problems—financial, academic, organizational—and, through some combination of direct management and consulting, attempts to reverse their bad fortunes. If schools are worried the PCSB will not renew their charter, TenSquare offers schools a way to reverse course—as well as a way to demonstrate to the PCSB that they are taking serious action.”

Like many consultants looking for ongoing business, TenSquare’s approach builds in the potential for conflict of interest. After conducting an initial assessment of a charter’s operations and educational systems, they present a set of improvement recommendations and offer their services for follow-on contracts to implement their plan. They propose plans that will engage them for multiple years, claiming this is necessary to allow their approach to school change to take hold, yet there is little proof that their model is effective. As the CityPaper reports, “What TenSquare doesn’t say is that its much-ballyhooed multi-year turnaround model has never been fully implemented at any charter school.” Positive results are reported at the beginning of their work with a school, but it is less clear whether these results represent permanent improvement or are just a short-term artifact of the intensity of a consultation.

A nonprofit board and staff needs to be able to review a consultant’s recommendations at arm’s length, testing their claims and the cost/benefit of an investment. For DC’s charters, the pressure to not challenge them as self-serving rises when the PCSB’s executive director, Scott Pearson, doesn’t see a need for caution: “I don’t think there is any surprise as to what they would do. The audit is not, ‘Let’s do an independent assessment.’ I don’t think anyone is surprised if the solution is for TenSquare to turn [the school] around.”

This is not the only way nonprofit leadership is challenged to manage conflicts of interest. CityPaper found evidence of John Goldman, the board chair of William E. Doar, Jr. Public Charter School, having had a prior relationship with TenSquare:

In 2012, TenSquare recruited Goldman to serve as executive director of IDEA Public Charter School. He had also been working in leadership positions…starting in 2009. Form 990 tax documents show that between 2011 and 2016, WEDJ and IDEA collectively paid Goldman more than $1.1 million for jobs ranging from “chief financial officer” to “school improvement leader” to board chair. During this same time span, the two charters paid TenSquare more than $2.4 million for consulting services.

And upon leaving his last charter school position, he went to work for the PCSB!

It is very common for nonprofit board members to open their address books in search of needed resources for their organizations, often calling in personal favors. Professionals can move in and out of the consulting world. Should it be totally avoided? Probably not. Does it need full transparency so personal gain does not overrule the organization’s best interests? Of course.

Transparency can inoculate nonprofits and public systems from the dangers of conflict of interest. Evaluating the cost-benefit of a proposal from a consultant becomes much easier when the details of prior contracts can be understood. In many cases, the ability to get good information relies on the decisions of policymakers. In DC’s education market, at least in TenSquare’s case, this has not been their priority. The PCSB has made it harder to gather data about contracts, raising the threshold for charters, which are exempt from the public disclosure expectations of most public systems—including open meetings requirements—so that only public contracts valued above $100,000 are available to the public. And they have exempted short-term consultants from making any detailed information about how they spend public funds public.

The story of TenSquare and DC’s nonprofit charter schools is important for nonprofits to think about. When in need of help, how will they balance the need for objectivity in their decision-making with the potential benefits of contracting with choosing those who have the right internal or external connections? As the principal of one school who chose to go the favored path told CityPaper, “to continue…in this high stakes environment, we must show immediate and dramatic improvement,” which can be accomplished “with TenSquare’s proven plan of support.”

Might a more objective assessment, facilitated by a transparent system, suggest a different direction? It could move an organization to conclude, as one former principal did, “It’s a bunch of good old boys who are talking to each other and scratching each other’s backs. Like honestly, that’s all it is. It’s not about children in my opinion.” The control rod on ensuring the decision is made honestly is transparency.—Martin Levine