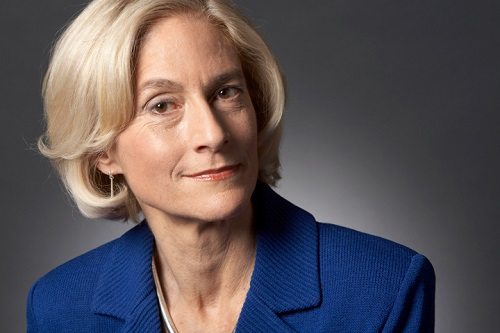 In the 1960s and 1970s, an iconic poster decorating dorm rooms across the U.S. contained part of a quote from Ernesto “Che” Guevara, the Argentinian Marxist colleague of Fidel Castro, concerning love. However, the full statement, given in an interview, adds a coda about the kind of love he was describing. A more complete version of the quote that usually appeared on the poster follows:

“At the risk of seeming ridiculous, let me say that the true revolutionary is guided by a great feeling of love. It is impossible to think of a genuine revolutionary lacking this quality. Perhaps it is one of the great dramas of the leader that he or she must combine a passionate spirit with a cold intelligence and make painful decisions without flinching. Our vanguard revolutionaries must idealize this love of the people, of the most sacred causes, and make it one and indivisible…One must have a great deal of humanity and a strong sense of justice and truth in order not to fall into extreme dogmatism and cold scholasticism, into isolation from the masses. We must strive every day so that this love of living humanity will be transformed into actual deeds, into acts that serve as examples, as a moving force.”

In a way, Che was suggesting that emotional commitment—love—was necessary for revolutionaries to make and maintain their commitment to their revolutionary cause, even to the point of his comrades leaving their children, friends, and families to dedicate themselves to the revolution. “There is no life outside of the revolution,” Che concluded.

The Michael Edwards interview of Martha Nussbaum, the philosopher at the University of Chicago who wrote Political Emotions: Why Love Matters for Justice in 2013, comes to a somewhat comparable conclusion about the necessary role of “public emotions rooted in love…foster[ing] commitment to shared goals.” In the interview, Nussbaum notes her belief in a “normative approach to basic political principles, which requires considerable sacrifice and altruism on the part of citizens.” She cites philosopher John Rawls, who posited that citizens can support political structures and institutions because they believe in them and, in a way, share a collective emotional commitment to those institutions, in contrast to motivations of self-interest, fear of chaos, or compulsion.

“In a family or a community, we’d never accept the excuse that people are too busy making money to care for one another, and I don’t see why we should accept this excuse in a nation,” Nussbaum told Edwards. “Of course, much of the work of sustaining political principles must be done by institutions, but my point is that institutions will never remain stable unless people are attached to them and to one another as fellow citizens.”

In the interview, Edwards probes Nussbaum on the downsides of this concept, the limitations of drawing on political emotion that is so hard to sustain in, as he says, “the rough and tumble of life.” That may be one part of the problem, but another is the use of love and emotion by authoritarian regimes, which use and manipulate emotion to cement support for government, and in the course of doing so, suppress dissent. Nussbaum says the roots and support for love as a central component in a society based on social justice start in the family and are undergirded by supports such as nutrition, health care, preschool, “an ample safety net,” “education at all levels,” and “a variety of strategies in society—festivals, public art, public parks and political rhetoric—[that] reinforce these educational efforts.” That includes respect for dissenters, and “indeed part of what gets portrayed as lovable is the idea of critical freedom and dissent.”

Nussbaum’s theories contrast with many in American politics today, where hatred, vilification, and dehumanization of the opposition—much of the emotion of the Tea Party movement comes to mind—are animating motivations. (And, no offense to some on the left, but the same passions are discernable there, too.) In contrast, the U.S. is governed by a president who often responds to critically emotional issues with a lack of passion. The Guardian’s Martin Kettle contrasts President Obama not only with Franklin Delano Roosevelt, who held a nation together during the depths of the Depression and then World War II, but with Robert F. Kennedy, who went into a black neighborhood in Indianapolis an hour after the assassination of Martin Luther King, Jr. to give an extemporaneous speech about love, justice, and compassion. By contrast, President Obama stayed in Martha’s Vineyard after Michael Brown was killed in Ferguson and thousands took to the streets, returned to the golf course after making a brief statement, and rejected entreaties to go to Ferguson after the grand jury’s non-indictment decision. It’s difficult to feel an emotional commitment to the institutions of liberal democracy with such dispassionate, distant leadership.

Like John Rawls, Nussbaum may believe that emotion has a crucial role to play in strengthening a society of social justice, but it is difficult to see how current paths of emotion in politics are moving in that direction.—Rick Cohen