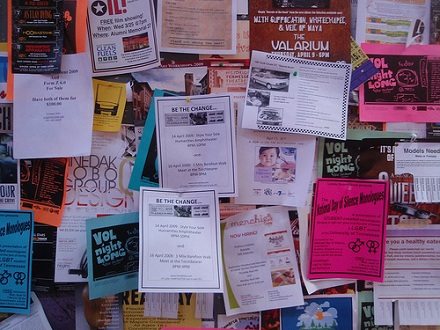 Yesterday in NPQ’s Newswire, Erwin de Leon reported on Alan Chamber’s repudiation of Exodus International’s core principle “that lesbians and gays can be turned straight” through reparative therapy, a/k/a “conversion therapy.” This constitutes a sentinel event for the advancement of the LGBTQ community, considering that Mr. Chambers is the organization’s president.

About two weeks ago, the Montgomery (Maryland) County Board of Education, in a show of support for the county’s LGBTQ students, kicked another gay-healing group to the curb. PFOX (Parents and Friends of Ex-Gays), a Virginia-based group, had been distributing fliers to middle and high school students in Montgomery County for several years that urged parents to consider that homosexuality is not innate and that sexual identity can be changed.

The Board of Education’s hands were tied – a federal district court had previously ruled twice for the born again denomination Child Evangelism Fellowship (CEF) when the organization sued for access to the school’s flier distribution program; the court found that the flier program had to allow all groups to participate or shut down the nonprofit part of the program entirely. The district court carved out hate speech pamphleteering as the only exception to the universality requirement for the flier distribution program. Read here for more background on the case.

On June 25 the Montgomery County Board of Education with Solomonic wisdom voted to bar all nonprofits from the middle and high school distribution program. The local Board of Education officially stated that its June decision is based on neutral grounds, such as the emergence of higher-tech information dissemination and an environmental concern over paper waste. However, PFOX advocates discount the authenticity of the Board’s stated position. Peter Sprigg, a PFOX board member, derides the move as discriminatory, saying “I don’t think censorship is the message that we should be teaching students in a free society.”

The controversy, like a whack-a-mole, is far from over. Montgomery County’s elementary school flier program continues and PFOX fliers may yet find their way into Dora the Explorer backpacks. Parents and staff who support the LGBTQ community may have to wrestle with throwing out the baby with the bathwater again with the hotly-contested but protected speech of PFOX and friends.—Louis Altman