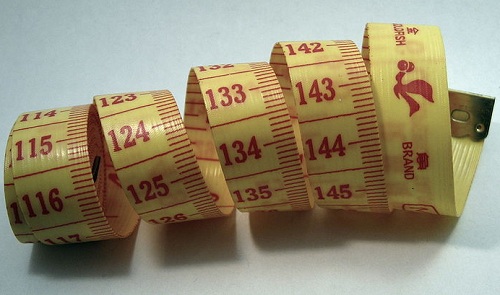 “As an accountant who makes a living helping nonprofit organizations, I believe in the power of timely, accurate financial and non-financial information, once analyzed and interpreted, to help power an organization toward superior results,” says Eric Fraint, president and founder of Your Part-Time Controller, in a recent blog post.

But as an accountant, Mr. Fraint also believes there is no single metric to measure how effectively a nonprofit delivers on its mission. Searching for such a metric, he argues, is as likely to be as fruitless as searching for the Holy Grail. He also notes that, even when data are available to demonstrate outcomes, reasonable people very well might disagree on how to interpret such data. He illustrates this point by citing a March 2013 TED Talk by Princeton bioethicist Peter Singer suggesting that a charity that could cure 400 to 2,000 people in Africa of the infectious eye disease trachoma with $40,000 could be considered hundreds or thousands of times more effective than one that spends the same amount to train a guide dog for one sight-impaired individual. (Apples and oranges, to be sure.)

So the conversation continues about how the nonprofit sector can best tell its stories and demonstrate its impact. Back in June, it was big news—in NPQ and elsewhere—when the “overhead myth” was debunked and the conversation at long last began to shift away from measuring impact by calculating the ratio of dollars spent on programs versus those spent on management and fundraising. The sector and its funders long ago acknowledged that inputs, outputs, and outcomes are very different types of data, and while each has a story to tell, only the latter really begins to tease out the true impact of an organization’s work. And even that can be difficult to do, as explained in another recent NPQ Newswire, which notes that even when outcomes can be measured accurately, they still won’t show up in the financial statements, and they cannot always be reduced to dollars and cents.

The bright, elusive butterfly of impact is even trickier to pin down in some nonprofit categories than in others. Within the arts sector, for example, a book published last year, Counting New Beans: Intrinsic Impact and the Value of Art, which grew out of research done with a number of theater companies across the U.S., describes how over time the theater community (and presumably other performing arts organizations) has learned to talk about impact in terms of the numbers of tickets sold and the ripple effects patrons have on a local economy—by dining out, paying for parking, or hiring a babysitter. The problem, of course, is that none of these measures gets at the true impact of a live theater experience. As the Counting New Beans website notes, “We make art because we believe it makes better human beings. We make art because we believe it makes being human better. So why do we spend so much energy quantifying the economics of what we do, and so little time quantifying the impact?”

This research has sparked new conversations in the arts community about how to get at the intrinsic value of an arts experience, conversations about shared experiences and community building and storytelling and diversity. The fact remains there are no simple answers—in the arts or across the range of nonprofit organizations—about how to the measure the intrinsic impact of an organization’s work. But we must keep asking the questions.—Eileen Cunniffe