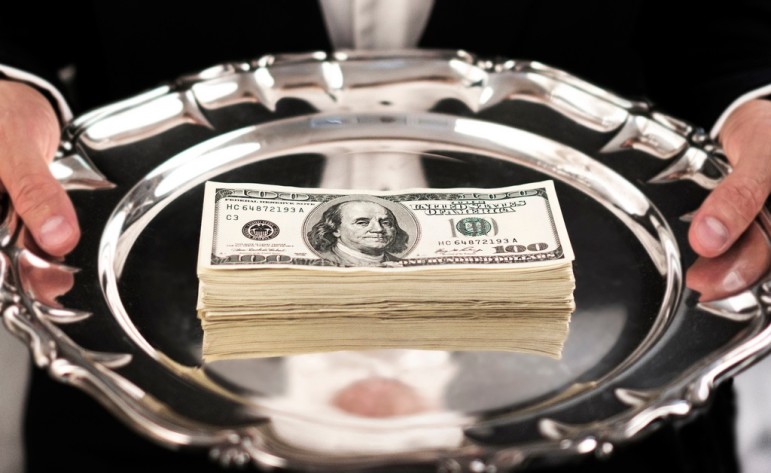 Public education reform is the philanthropic focus of many of our nation’s wealthiest individuals. Despite the lack of clear improvement stemming from their already large investments, their interest does not seem to be waning. A recent Education Week article again raised concerns about whether there is a downside to their bountiful generosity.

Just this past week, Netflix CEO Reed Hastings announced the creation of the $100 million Hastings Fund, whose aim is “to partner with communities to significantly increase the number of students who have access to rich and holistic educational experiences.” A few weeks earlier, we learned of the formation of the Chan Zuckerberg Initiative, a $45 billion LLC that includes education as a prime focus. (This builds upon Zuckerberg’s gift of $100 million to Newark, N.J., for school improvement efforts.) The Walton family continues to be the major supporter of Teach for America; its Family Foundation’s strategic plan guiding their efforts through 2020 indicates they will be committing an additional $1 billion toward efforts to improve public education. Mid-2015, the Broad Foundation announced its willingness to invest almost $500 million in expanding the role of charter schools in the Los Angeles public schools.

That our nation’s schoolchildren are the beneficiary of such generosity is not something to scoff at. But the magnitude of the dollars and the growing connection of policy and practice in the area of interest of the donors may be of concern. Clearly, this is reflected by the Walton Family Foundation’s stated education strategy of “advocating for favorable policies, supporting leading national reform organizations [and] investing in communications to build awareness and support.”

Arianna Prothero of Education Week spoke with Jeffrey R. Henig, a political science and education professor at Columbia University and a co-editor of the book The New Education Philanthropy, to talk about the role of philanthropy about the meaning of this trend. From his perspective, there had indeed been a significant change:

The traditional model that a lot of people have…for much of the history of philanthropy and social policy in the United States…was that the role of the foundations was to fund demonstration projects and service delivery, and they were often willing to support these movements for a long-term basis. […] The more strategic philanthropy that we’re seeing now…combines research and advocacy with a deliberate attempt to use their donations to change public policy. […] It’s…a reflection on the part of the donors that even with the fairly substantial amounts of money they’re putting into the play, the only long-term, sustainable changes are only going to come about if they can alter the policy environment and tap into public funding, which dwarfs even Walton and Gates funding.

One of the things that’s a little bit hard to sniff out in instances like this is to what extent [do large donors] think of this simply in terms of a supply issue—providing more schools to meet demand (that’s the way they frame it)…versus to what extent they see this also as part of a political strategy, which is expanding the number of families that are invested in charter schools and available as a constituency to help protect them over time.

The Los Angeles Times, in their coverage of a closed-door forum discussing the future of the L.A. Unified School District, captured how megadonors’ personal vision can distort the governance system of public bodies.

“The overall vision is that every child has access and every family has access to a high-quality education,” Broad Foundation executive director Gregory McGinity said during [the] forum at the former county general hospital near downtown. “We have to find a way to give better options to families, and we have to do that as soon as we can.” Facing off with McGinity was school board president Steve Zimmer, who swiftly and strongly opposed the Broad plan when the Times made it public in September. Zimmer said that he is not sure L.A. Unified can survive the charter plan, and that students would be harmed as a result. “This is not a conversation about choice,” or competition or innovation, he said. “It draws us to a very honest and open place about the future of the Los Angeles Unified School District. […] This is about: Is there a future for L.A. Unified?”

The L.A. Times noted that a “cover letter philanthropist Eli Broad wrote to those who received a confidential copy of the plan…describes a ‘landmark opportunity’ and his commitment to ‘a bold plan to expand the charter sector to serve 50 percent of Los Angeles public school students.” The letter calls for “wide-reaching philanthropic investment” for a project that would make Los Angeles “a model for every city in America.” The plan was developed without any input from LAUSD personnel or leadership, but it quickly became part of their agenda.

Whatever one thinks about the specifics of a donor’s directions, is this a good way to make public policy? Should the wealthiest citizens have special access and be able to use their resources to set directions that meet their visions?—Martin Levine