Melinda Gates on the Cultural Approach to Female Genital Cutting 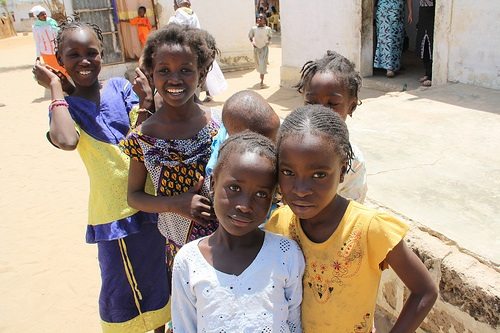 May 2, 2013; The Bill and Melinda Gates Foundation, “ImpatientOptimists.org”

Molly Melching has been successfully fighting female genital cutting (FGC) in Senegal since 1974. More than 1,000 Senegalese villages have ceased FGC and have benefited from other culturally transformative changes with Melching’s longstanding dedication, and the work of her colleagues at Tostan (Wolof for “breakthrough”), the NGO she founded and leads.

Melching doesn’t merely strive to promote cosmetic change in Senegal; one locality at a time, she deeply engages the Senegalese to adopt a language of transformation and basic human rights. The chief of Koma Peulh acknowledged his village’s debt to Melching and Tostan in a conversation with Melinda Gates in 2012, stating, “When we study, we start to believe. There is no more forcing, no more child marriage—these things don’t go with our true beliefs…We now have clear vision, whereas before we were nearsighted. Nearsightedness of the eyes is bad, but not nearly as bad as nearsightedness of the heart…This program was like the rainy season to us; we were in the dry season and when knowledge comes it is like rain, everything grows and it’s beautiful.”

Melinda Gates, who is well versed in NGO work around the world through her Bill and Melinda Gates Foundation, took Melching’s message to heart, acknowledging a huge debt to Melching and Tostan’s unique methods. Thinking of her visit to Koma Peulh, she said, “I have not thought the same way about the work I do at the Gates Foundation since that day.”

According to testimony in However Long the Night, the book by Aimee Molloy that chronicles her story, Melching’s focus on this single issue is the very approach that best promotes universal changes. In the book, a Tostan board member is quoted as saying, “It may sound strange…but if Tostan is remembered in the history books only for the end of FGC, it will be a tragedy. If we were to get the support needed to take this model to thousands more communities, this is a model that can transform Africa.”

According to Melinda Gates, Melching succeeds because she taps into the innate strength of local individuals to effect change, not the imposition of external values from outsiders. “The solution is the people who live in these communities, and their drive to make the future better than the past. Molly’s story is also the story of so many brave and innovative people who are changing the world for themselves.”—Louis Altman