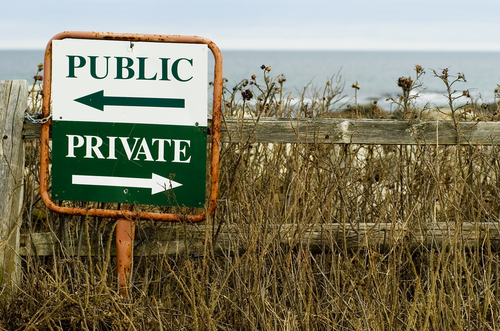 In the race for a seat on the L.A. Unified School District Board of Education, the word “public,” as in public disclosure and public education, has taken on a new meaning.

The hotly contested race pits incumbent Bennett Kayser, an opponent of charter schools, against Ref Rodriguez, who is strongly backed by “reform” and charter advocates. Rodriguez is a founder of the Partnerships to Uplift Communities (PUC), one of L.A.’s largest charter groups, educating about 4,800 students in 15 schools. Rodriguez is currently on the charter group’s board of directors and works part-time as its treasurer.

An investigation of PUC by California’s Department of Education shone a light on Jacqueline Duvivier Castillo, the director of business and development for PUC Schools and “a part-owner in Better 4 You Meals, a company that has provided food to the charter group for the last five years. Investigators said the charter failed to demonstrate that the contract was ‘awarded properly despite the apparent conflict of interest.’” (Late Saturday, the charter organization emailed the Times to say that Duvivier Castillo would no longer be an employee of PUC.)

PUC is the same charter school organization that’s in the middle of another controversy previously reported upon by NPQ. One of PUC’s annual audits had been withheld from public release at the request of fellow school board member Monica Garcia, a political ally of Rodriguez. That audit was subsequently released after a separate public records request by the Los Angeles Times.

And it’s easy to see why Rodriguez and Garcia did not want it made public prior to the May 16th election. As reported in the L.A. Times, the audit found:

PUC had not informed L.A. District leadership that it was under investigation by the State Board of Education. The district’s general counsel, David Holmquist, said he “believes that PUC has a duty to report such an investigation.”

In a statement, Rodriguez declined to answer questions about the state investigation but said he backs the decision to terminate the agreement with Better 4 You Meals and restart the bid process, particularly because he supports “public transparency around our schools and our decision-making.”

So, is only information I think you may be hiding and need to use open records act requests to obtain “public”? Does a “public” official have an obligation to make public information of vital importance to the public?—Marty Levine