In 2010, Michelle Alexander, now a New York Times columnist, wrote The New Jim Crow, a book that detailed how the backlash against the civil rights movement led to a revised form of Jim Crow, preserving racial inequality not through segregation—as the old Jim Crow did—but through a racially selective war on drugs and the rise of mass incarceration.

This racial disparity was by design. As former Richard Nixon domestic policy advisor John Ehrlichman, who helped launch the “war on drugs” and the related mass imprisonment push, told Dan Baum of Harper’s a couple of years ago:

We knew we couldn’t make it illegal to be either against the war or Black, but by getting the public to associate the hippies with marijuana and Blacks with heroin, and then criminalizing both heavily, we could disrupt those communities. We could arrest their leaders, raid their homes, break up their meetings, and vilify them night after night on the evening news. Did we know we were lying about the drugs? Of course we did.

Now the war on drugs and mass incarceration—while still powerful forces—are winding down, but a new threat is looming with “the seeds of the next generation of racial and social control” contained within the reforms.

What is this new system? “Bail reform,” Alexander explains, “is a case in point.” Earlier this year, as NPQ covered, California voted to abolish cash bail. But most racial and criminal justice groups opposed the final bill, because the new regime will create a presumption of detention when it goes into effect in October 2019.

The incoming California system, like similar efforts in New York and New Jersey, relies on risk assessment algorithms to advise judges whether a person should be released. “These advanced mathematical models,” notes Alexander, “are based on factors that are not only highly correlated with race and class, but are also significantly influenced by pervasive bias in the criminal justice system.”

If the current reforms go awry, it wouldn’t be the first time. Mandatory sentencing laws were originally promoted by progressives as a tool to reduce racial disparities. “While those laws may have looked good on paper,” Alexander writes, “they were passed within a political climate that was overwhelmingly hostile and punitive toward poor people and people of color, resulting in a prison-building boom, an increase in racial and class disparities in sentencing, and a quintupling of the incarcerated population.”

How do we get out of this box? The path involves focusing more broadly on building communities through “quality schools, job creation, drug treatment and mental health care,” rather than high-tech management and control.—Steve Dubb 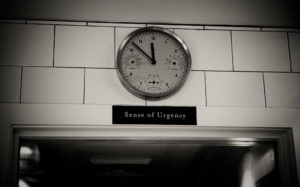