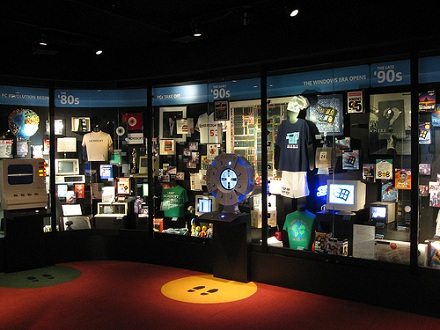 On Friday, Microsoft announced the launch of its new philanthropic initiative, Microsoft YouthSpark, which will dedicate $500 million toward addressing the global youth “opportunity gap.” Here is how Microsoft defines the problem and the program on its YouthSpark website:

“…While there are more young people on the planet than ever before, youth unemployment is double that of the adult population…Today’s young people face an opportunity divide – a gap between those who have the access, skills and opportunities to be successful and those who do not…Through partnerships with governments, nonprofits and businesses, we aim to empower youth to imagine and realize their full potential by connecting them with greater education, employment, and entrepreneurship opportunities.”

YouthSpark will reportedly be comprised of three main elements: Give for Good, which will secure contributions for nonprofits providing services to youth; YouthSpark Hub, an online information source for programs available from related nonprofits and resources offered by Microsoft itself; and Innovate for Good, which is envisioned as something of a social network where youth will, it is hoped, work collaboratively to address problems with innovative solutions. Another element of YouthSpark involves the donation of classroom-oriented tools such as Office 365 and Skype. Microsoft’s aim is to reach 300 million youth with the program, about one-sixth of which will be youth in the United States.

According to the Seattle Times, “Microsoft is partnering with hundreds of nonprofits worldwide in the effort.” Among the nonprofit partners on the international stage, CBS reports, are the GlobalGiving Foundation, TakingITGlobal, the Telecentre.org Foundation, the International Youth Foundation, Silatech, The Trust for Americas, AIESEC International and the ASEAN Foundation, while U.S. partners will include the Boys & Girls Clubs of America, City Year, Junior Achievement USA, Network for Teaching Entrepreneurship and Year Up Inc.

In explaining the need for this initiative, the YouthSpark website points to a March 2012 study from the International Youth Foundation, “Opportunity for Action: Preparing Youth for 21st Century Livelihoods.” The report focuses broadly on six areas where barriers to opportunity stand in the way of young people and success, such as poor education systems in areas of Latin America and the Caribbean, a mismatch between the supply and demand for certain skills in North Africa and the Middle East, and a lack of engagement among youth in the U.S., Canada and parts of Europe. Microsoft’s $500 million investment is sizable, but so too are many of the deep-seated problems the International Youth Foundation report addresses. –Mike Keefe-Feldman