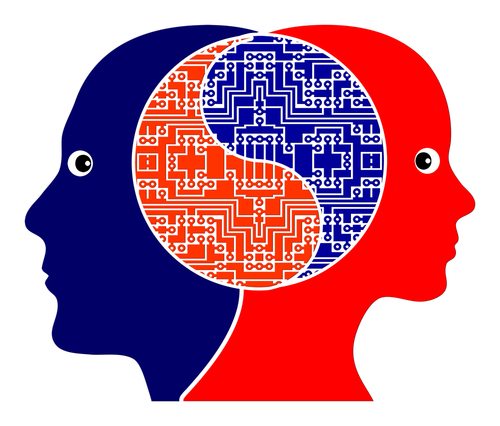 “What conference has everyone from Sen. Ted Cruz to the actress Ashley Judd coming to speak?” asked Steven Olikara, the co-founder of the Millennial Action Project. Cruz, as conservative a Republican as there is in Congress, and Judd, a Democrat who briefly considered challenging Mitch McConnell for the Kentucky senate seat, were joined by other politicians such as Rep. Aaron Schock (R-IL), Rep. John Delaney (D-MD), Rep. Todd Young (R-IN), Rep. Joe Kennedy (D-MA), and Rep. Karen Bass (D-CA) at the Congressional Summit on Next Generation Leadership on Tuesday, a program focused, according to Roll Call’s coverage, on “forging bipartisan bonds.”

“We wanted to send a strong message that bipartisanship for millennials is not reserved for the centrists or for the moderates…[It] also includes those on the far left and the far right,” Olikara told Roll Call.

Why millennials as the bridge over troubled political parties? Because “the core value that this generation can bring is pragmatism,” Olikara added.

The speakers’ list for the program is much more than lawmakers. A number of young or young-ish philanthropic leaders were also on the bill, including, among others, Sarah Stranahan (formerly with the Needmor Fund, a family foundation of the Stranahan family—that is, the Champion Spark Plug fortune), Zac Russell (Russell Family Foundation, with a strong interest in environmental issues), Sergio Fernández de Córdova (chair of the PVBLIC Foundation, focused on media-related grantmaking), Stephanie Cordes (Cordes Foundation), Patrick Gage (Carlson Family Foundation, the family foundation from the Radisson Hotels money, emphasizing youth mentoring), Ariana Snowdon (Hill-Snowdon Foundation), and Melissa Bradley (whose bio in the program oddly skips over her leadership of the Tides Foundation, which she left as CEO in 2013).

Among the legislators, participants Schock and Young as well as Rep. Tulsi Gabbard (D-HI) are the co-chairs of the Congressional Future Caucus, which is sponsored by the Millennial Action Project, according to MAP’s website. Given the near invisibility of the Congressional Philanthropy Caucus, launched by the Council on Foundations in 2007 or so, the Future Caucus seems to have grabbed the philanthropy mantle, united with the concept of millennials, notably functioning as the Capitol Hill promoters of Giving Tuesday.

For many people, the notion that Ted Cruz and Joe Kennedy could sit down and think bipartisan thoughts is a heartfelt wish, but the reality is that the arenas for bipartisan agreement may be limited—just imagine the two legislators’ bipartisan conversation about the Affordable Care Act or immigration reform or any of a whole series of critically important issues in American society. The program agenda for the Summit reveals where the business and philanthropic millennials behind the event see actual opportunities for bipartisan conviviality. Specific themes emerge from the program agenda:

Overall, philanthropy is clearly on the post-partisan agenda of this movement. At the Youth Summit, on the day before the Congressional Summit, Ted Hart of the Charities Aid Foundation released a report on government incentives for charitable giving in 193 countries, noting that giving is higher in countries that offer tax incentives and that 77 percent of the nations in the study give tax incentives for corporate charitable giving and 66 percent for individual giving.

Ultimately, while the notion that somehow millennials are hardwired toward pragmatism and bipartisan consensus and, implicitly, we Gen-X’ers, Boomers, and beyond are tragically unable to communicate beyond politics and ideology is off-putting, there’s clearly no harm in convening people to talk about issues where both sides might exchange ideas, even if they might not achieve consensus. We might have enjoyed, for example, watching representatives of the Charles Koch Foundation, the American Conservative Union, the Public Welfare Foundation, and the Open Society Foundations find common ground on criminal justice reform (which we think is an area where there are some possibilities), or imagining how Sarah Stranahan might find areas of agreement with Hans von Spakovsky, a former Federal Elections Commission official now with the Heritage Foundation, and the Carlson Family Foundation’s Patrick Gage, himself a young Republican activist, on issues of transparency of nonprofit and political funding (the Kauffman Foundation’s John Tyler was also on that panel, probably playing a moderating role between the transparency camps). We might have been actually worried about the direction of discussion on a panel on “The Future of Education Reform” focused on how “social entrepreneurs, thought leaders, and donors are changing the game.”

Nonetheless, don’t get too carried away with the idea of a post-partisan polity. There is a huge need for dialogue and thought, and while it is tempting to imagine that it’s possible to sing kumbaya if we’re all somehow nice and millennial, some issues reveal major fault lines in U.S. political beliefs that don’t lend themselves to entrepreneurial, technological, or millennial fixes.—Rick Cohen