Millennials & Racial Bias: What the Research Tells Us Is Really the Case 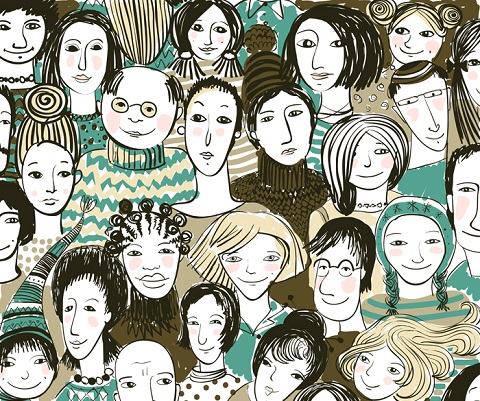 Sean McElwee, a research assistant at the generally left-leaning nonprofit think tank Demos, has a very challenging story in Politico discussing the racial attitudes of millennials. Based on a 2010 Pew Report, many people have assumed that “the younger generation is more racially tolerant than their elders,” sort of a post-racial generation. The Chicago Tribune’s Ted Gregory called millennials “the most tolerant generation in history.” However, McElwee suggests that a “closer examination of the data suggests that millennials aren’t racially tolerant, [but] they’re racially apathetic: They simply ignore structural racism rather than try to fix it.”

Basically, McElwee’s thesis is that various surveys of millennials may reveal greater tolerance of interracial dating and interracial marriage, but on issues of racial justice, particularly “the role of government in solving social and economic inequality…millennials start to split along racial lines.” He writes:

The big change is not among white millennials, who don’t respond much differently than white Gen Xers and Baby Boomers, but among nonwhite millennials, who appear to be “more racially optimistic than their parents.” McElwee wonders why this is, given that race-based inequities in income and jobs have increased. Actually, he suggests, surveys show that “young blacks are more racially conservative than their parents, as they are less likely to support government aid to blacks.”

A particularly interesting point is his citation of Spencer Piston, a professor at Syracuse University, whose review of survey data led him to conclude that “the racial divide (in particular the black/white divide) dwarfs other divides in policy opinion. Age differences in public opinion are small in comparison to racial differences.” Piston contends that young whites pretty much carry the same racial stereotype baggage as their parents. Age isn’t the dividing factor, but race, he says, which is “consistent with a longstanding finding in political science.”

McElwee proposes that this “veneer of post-racial America will lead to more segregation.” This is because, he believes, the assertion of colorblindness on the part of millennials means they might overlook or fail to act on issues of “structural racism…a system where racial gaps persist less because of explicit discrimination and more because of structural factors—things like the passage of wealth from generation to generation or neighborhoods that remain segregated because of past injustices.”

McElwee cites an MTV/David Binder poll in which only 39 percent of white millennials believe that whites have more opportunities than racial minorities, in contrast to 65 percent of persons of color. The MTV/David Binder poll also contends “70 percent of all millennials say ‘it’s never fair to give preferential treatment to one race over another, regardless of historical inequalities.’” That has broad implications for health, education, job, and housing policies that may have elements meant to undo the structural disparities.

If McElwee’s reading of the various surveys is correct, then the nation’s reification of millennials as a post-racial generation needs to be corrected. Moreover, if there are actually fewer differences among people based on age, particularly for millennials, Gen-Xers, and even Boomers, and more differences based on race no matter what the age, the implications of that might compel nonprofits to recalibrate their understanding of millennials’ attitudes, beliefs, priorities, and politics.—Rick Cohen