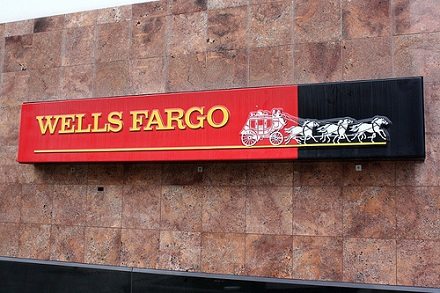 Four Minnesota nonprofits have won another round in their battle to recover damages from Wells Fargo & Co. over its misrepresentation of the supposedly conservative nature of certain investments. In addition to a $41 million award to the nonprofits, the Minnesota Appeals Court upheld a decision to order Wells Fargo to pay the plaintiffs’ legal fees, estimated at more than $12 million. The nonprofits in the case are the Minneapolis Foundation, the Minnesota Medical Foundation, the Robins, Kaplan, Miller & Ciresi Foundation for Children, and the Workers’ Compensation Reinsurance Association. Wells Fargo reportedly told the nonprofits that its investments were low-risk and high-quality, but in 2007 and 2008, the value of the interest-bearing account backing these investments declined as the global economic crisis deepened. The nonprofits sought to recover their investments, but were deterred by Wells Fargo.

The court apparently agrees that Wells Fargo had in fact invested at least some of the nonprofits’ funds in higher-risk ventures, contrary to representations made to the nonprofits. The nonprofits’ losses have not only affected their own organizations, but also their grantees and beneficiaries, taking away needed community resources during a time of generally reduced philanthropic giving and increased demand for services. Wells Fargo has steadfastly maintained that it was acting in the interests of its clients, including the nonprofits. A Wells Fargo spokesperson says that it is considering whether to appeal to the state’s Supreme Court to reverse the decision that was reached by a jury in 2010 and which has now been upheld by the Minnesota Appeals Court. The Wells Fargo program is also the subject of three other pending lawsuits; one of them has recently been certified as a federal class-action lawsuit.

If the good news for the nonprofits is that the courts have ruled in their favor, the better news is that Wells Fargo may be motivated to pay up fast. There is a 10 percent annual interest charge on the judgment—amounting to approximately $250,000 a month—and interest is also accruing on the award of legal fees.

Wells Fargo owed the plaintiffs, like all clients, full disclosure on the nature of the investments affecting their accounts. Even experienced, watchful trustees and foundation staffs can’t make good decisions when material information is withheld from them. It should also be noted, however, that experienced and watchful oversight was required to monitor these sophisticated investment programs. Foundations and other nonprofits should think carefully before investing in instruments and programs that are not easily understood and explained.

In any case, it would seem Wells Fargo picked the wrong clients to anger. Mike Ciresi, the lead plaintiffs’ attorney, is also the president of the $24 million foundation his law firm uses for its charitable giving. The law firm’s foundation pays almost $300,000 a year to the Minnesota Foundation, one of the plaintiffs, for management services, so this case clearly hit close to home for the Ciresi law firm and its foundation. Most nonprofits would not have been able to afford legal counsel costing more than $12 million over the course of five years to pursue recovery of lost investment funds with no guarantee of recovering those funds. –Michael Wyland