Minnesota Orchestra’s Troubles Not Yet Over 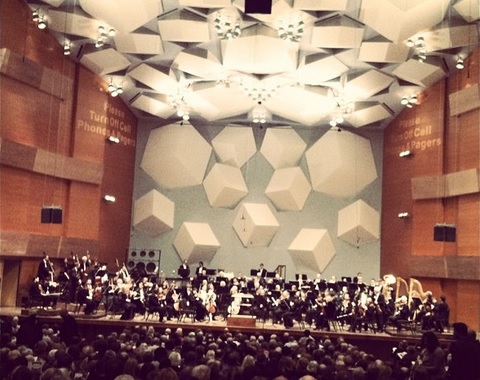 The troubled Minnesota Orchestra performed last Friday after more than 16 months of being dark because it had locked out its musicians as a result of a labor dispute. As reported in late 2013, the orchestra had been working through a long holdout with the help of famous international negotiator and former U.S. Senator George Mitchell, in which the artists’ largest challenge was that “management rejected pay proposals put forward by locked-out musicians.”

But as the doors opened for the orchestra’s return, more drama was not too far behind. As “new board chair Gordon Sprenger took the stage after intermission to address the audience, voices from the crowd demanded Vänskä’s return,” chanting “We want Osmo. Bring back Osmo.”

“Osmo” is former Minnesota Orchestra music director Osmo Vänskä, who resigned from the orchestra one year into the lockout and has kept quiet about the challenges of the orchestra until very recently. Vänskä has now called for Minnesota Orchestra President Michael Henson to step down, and it appears that the popular call for Vänskä to return may have caused the Finnish conductor to become stronger in his voice for change at the orchestra. In a conversation with Brian Newhouse of Classical Minnesota Public Radio, Vänskä said that “for any healing to begin at the orchestra, Michael Henson must go.”

While support for Vänskä and his views may be growing, there are some who are not happy with his outspokenness, including the Association’s new board chair, Gordon Spenger, who stated, “We are surprised Osmo chose to register his comments with the news media when those conversations belong within the Orchestral Association. This weekend is a time to celebrate that the Minnesota Orchestra is performing onstage in the renovated Orchestra Hall, and we are sorry to pull any focus from that celebratory event.”

Neither Michael Henson nor the musicians made a formal comment on Vänskä’s call for change, although the musicians pointed to the fact that in the fall of 2012 the musicians had registered a vote of no confidence in Henson. In the end, this situation may come down to a choice to be made since, according to the Star Tribune, Vänskä has said to friends that he will not return unless Henson leaves.—John Brothers