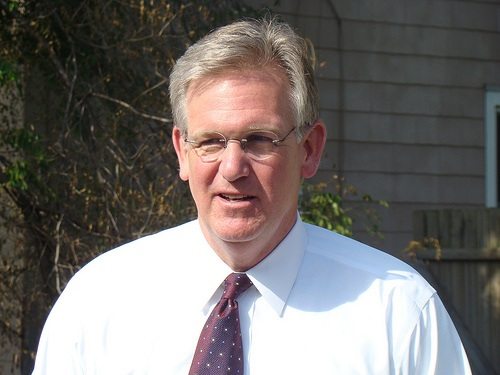 There is a common misconception around that only Republicans want to narrow the window of eligibility for social safety net programs. Not true. As with the debate over entitlement reform, some Dems are willing to tighten the spigot of social safety net resources at a time when, despite the purported economic recovery, poverty and unemployment are still very high.

In Missouri, Governor Jay Nixon, a Democrat, wants to reduce food stamp rolls, and that doesn’t sit well with his fellow party members. “I never would have thought a Democratic governor would contemplate doing something so callous as hurting those who live in poverty’s ability to buy food,” State Sen. Jamilah Nasheed, a St. Louis Democrat and chair of the Legislative Black Caucus, said. “But you just never know with Nixon. One day he’s a Democrat, the next he’s a Republican.”

The Nixon proposal would reverse the policy that allowed able-bodied adults without children to qualify for food stamps, officially known as the Supplemental Nutrition Assistance Program (SNAP). It was based on the federal government’s waiver of welfare program work requirements, aimed at giving states some increased flexibility in the distribution of welfare-related benefits during times of high unemployment. Missouri was one of 45 states to accept the waiver and, in the process of doing so, receive extra SNAP benefits.

Nixon’s Department of Social Services is proposing to change eligibility so that the work requirements would be waived only in counties where the unemployment rate is above 10 percent. (Only three counties were that high as of August.) If the work requirements were reinstated, the bulk of Missouri’s 58,000 able-bodied adults without dependents who get food stamps would have three months to find a job of at least 20 hours a week, enroll in a federally approved job training program, or else lose food stamp benefits.

The governor’s motivations are distinctive. He told Eli Yokley of PoliticMO that he foresees food stamp budget cuts coming from the federal government and wanted to get ahead of the game. “You see every plan on the table in D.C. has those numbers going down,” Nixon said. “Rather than be in reactive mode, we thought the best thing to do was be prepared for the future and move forward accordingly as the resources from Washington are narrowed.”

While applauding the move, Missouri Republicans are questioning why Nixon would want to reduce the state’s reliance on federal resources regarding food stamps, but advocate increasing its reliance on federal dollars by expanding Medicaid, a much-debated part of the Affordable Care Act. One element of confusion in Nixon’s position is that food stamps are 100 percent paid-for by the federal government, while the Medicaid expansion, initially 100 percent covered by federal monies, gradually drops to 90 percent federal funding by the year 2020. The article by Jason Hancock in the Star doesn’t include Nixon’s analysis of his superficially different positions on food stamps and Medicaid expansion, though it isn’t hard to imagine a response that the state’s cost in picking up the healthcare costs of uninsured Missourians at emergency rooms and elsewhere are higher than the cost of expanded Medicaid coverage.

Nonetheless, given high official unemployment rates hiding much higher real unemployment, and given the numbers of people who have dropped out of the labor force or work part-time because they can’t find full-time work, Nixon’s proposed policy shift appears a little thin.—Rick Cohen