MLK Day—What Is the Legacy? 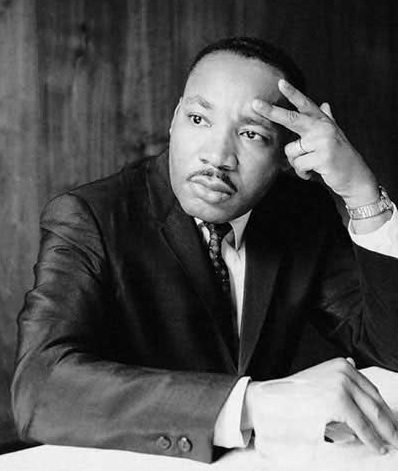 A struggle over who could most believably wrap him- or herself in the mantle of Martin Luther King, Jr. has been underway for some time, but the advent of the Occupy movement has brought the holiday into sharp relief. Across the Internet a week before the day there were messages, notices, and YouTube videos about “Reclaim MLK Day” actions scheduled for January 16. Here is a small sampling:

These calls for direct, political action aimed at inequitable economic policies are very unlike the “MLK Day of Service” campaign, part of the White House’s “United We Serve” initiative, being promoted by the Corporation for National and Community Service. The Corporation’s Day of Service video features such longtime civil rights leaders as Congressman John Lewis, Ruby Bridges, and Rev. Joseph E. Lowery who worked and marched with Dr. King. Searching for service events projects in Washington, DC registered with the official MLK Day website revealed the following:

There are of course at least two more claimants to the King mantle. Just don’t even bother with the corporate advertisers that have run facile newspaper ads extolling their corporate connection to the values of Dr. King. More significant is the connection of the civil rights community, frequently expressed in the annual Martin Luther King, Jr. Day breakfasts and marches sponsored by local NAACP chapters around the nation. Even within the news reports of the NAACP programs, the debate between service and action is evident. For example, the theme of this year’s MLK Day breakfast of the NAACP in Cleveland, Tennessee is “Day of Service”, and in Springfield, Illinois, the NAACP MLK Day march will end at a Baptist Church, with a program titled “What Would Dr. King Say about Bullying Today?”. Contrast those traditional NAACP events with the schedule of national NAACP director Ben Todd Jealous surrounding the holiday, including his scheduled participation with U.S. Attorney General Eric Holder at an MLK Day event in South Carolina, where the theme is “preserving full citizenship rights for all Americans” (which the NAACP is using to oppose the state’s pending Voter ID law and culminating with his joining other activists in lobbying the Maryland legislature to abolish the death penalty.

The MLK Day service activities promoted by the Corporation for National and Community Service and the White House reflect a very different vision of honoring the legacy of Dr. King compared to the political activism of the various Occupy initiatives and some of the NAACP programs. Which set of events captures the spirit and legacy of Dr. King better?

King actually did take aim at problems of economic distress and inequities in our society. His concept of civil rights broadened over time from issues of race to concerns about the economic, political, and foreign policy priorities of this country that exacerbated the conditions of poverty, and prompted him to lead the Poor People’s Campaign and, tragically, to join protests in Memphis in support of striking sanitation workers.

The Rebuild the Dream blogger asks the question at the heart of today’s struggle for Dr. King’s legacy, “What would Dr. King and other civil rights leaders do today?” It is a question that makes all individual answers seem presumptuous or silly. Who are any of us to answer that question about Dr. King, who, if it hadn’t been for James Earl Ray, might still have been a national leader today, on his 83rd birthday?

All Americans might delve into Dr. King’s writings and speeches to answer a different question: What does your memory, your impression, your understanding of Dr. King’s life motivate you to do?

For us, it leans away from the Hallmark card events and more toward the memory of King’s lifelong commitment to fight against societal inequities. Paint-up projects don’t quite do it for us. Some powerful statements from Dr. King make us think of political activism. For example, King once said, “Of all the forms of inequality, injustice in health care is the most shocking and inhumane.” While there are many remarkable examples of volunteerism and service in the form of free health clinics, such as recent free clinic events in Los Angeles, Schenectady, and even in the shadow of the White House in Washington, the volunteer doctors and nurses at the free clinics would laugh at the notion that their service could take the place of national health insurance reform or, perhaps more accurately, public health care.

That is just one example. King was just as powerful and pointed about other issues, for example, joblessness. In his remarkable “Where Do We Go from Here” speech in 1967, he said, “We must develop a federal program of public works, retraining, and jobs for all—so that none, white or black, will have cause to feel threatened. . . . There is nothing except shortsightedness to prevent us from guaranteeing an annual minimum and livable income for every American family.” That is a far cry from the argument of some leaders of the service movement that volunteerism itself is good for the economy. “True compassion is more than flinging a coin to a beggar; it is not haphazard and superficial,” King said. “It comes to see that an edifice which produces beggars needs restructuring.” The service movement is far more serious about volunteerism than flinging coins, but it falls short of building a new edifice of social justice.

The opening paragraph of the MLK Day editorial in the Grand Rapids Press laid out the meaning of Martin Luther King, Jr.’s life to many of us: “Significant social, economic and political change doesn’t happen by accident. That takes a movement and a leader of tremendous courage and faith. The civil rights movement had that in the Rev. Martin Luther King Jr., and it changed laws, lives and this country for the better.” To us, the legacy of Dr. Martin Luther King, Jr. is one of activism for social change. Perhaps he might not be occupying the Federal Reserve on Monday or Congress on Tuesday if he were with us today, but then again, he just might have come up with an even more powerful agenda. As he might have reminded us today, “Almost always, the creative dedicated minority has made the world better.”