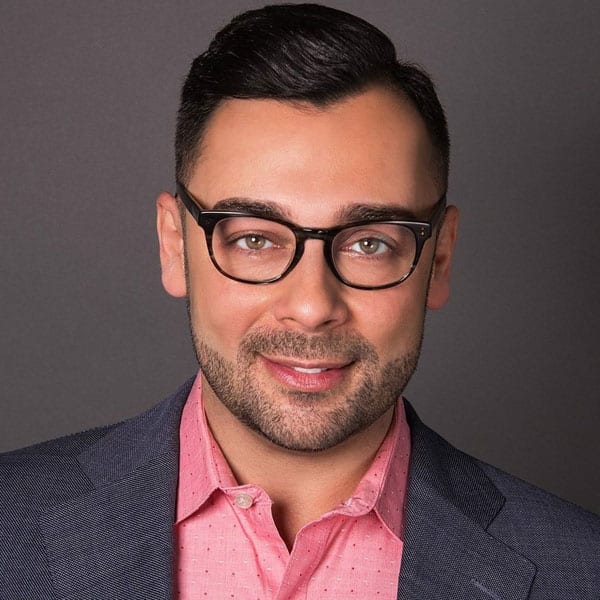 Editors’ note: The following article, which appeared in the winter 2018 edition of the Nonprofit Quarterly, has been excerpted, with permission, from Edgar Villanueva’s new book, Decolonizing Wealth: Indigenous Wisdom to Heal Divides and Restore Balance (Berrett-Koehler, October 2018). It has been lightly edited for publication. It’s also one of a cluster of articles on how narratives are used to form and sustain social structures, one aimed at helping readers understand the importance of the language, images, and stories we use in our work. Other stories in this cluster are linked at the end.

The field of philanthropy is a living anachronism.

It is (we are) like a stodgy relative wearing clothes that will never come back in fashion. It is adamant that it knows best, holding tight the purse strings. It is stubborn. It fails to get with the times, frustrating the younger folks. It does not care.

It is (we are) like a mansion with neoclassical columns and manicured lawns staffed with butlers and maids who pass silver trays of tiny tasteless nibbles (pigs in blankets, angels on horseback, anyone?) to guests wearing tailcoats and bustles, as a string quartet plays tunes written centuries ago. No one’s voice rises over a certain decibel, no one jokes, no one’s words call attention to the ludicrous and unsustainable farce that is the entire scene.

It is (we are) a period play, a costume drama, a fantasy of entitlement, altruism, and superiority. Far too often, it creates (we create) division and suffering rather than progress and healing.

It is (we are) a sleepwalking sector, white zombies spewing the money of dead white people in the name of charity and benevolence.

It is (we are) colonialism in the empire’s newest clothes.

It is (we are) racism in institutional form.

Philanthropy moves at a glacial pace. Epidemics and storms hit, communities go underwater literally and metaphorically, Black and Brown children get shot dead or lose their youth inside jail cells, families are separated across continents, women are abused and beaten and raped, all of Rome burns while we fiddle with another survey on strategies, another study on impact.

Other sectors feel the heat of competition. Not us. We politely nod at the innovations of the business sector; it takes us a half-century to implement one of them. We indulge those who say that diversity is important by conducting several decades of analyses, hiring consultant groups with absurd price tags. We publish reports. We create a task force and debate mightily over what to call it. We do not actually change, not more than superficially.

This is philanthropy. It is (we are) the family that embarrasses me and infuriates me. But it’s still my family, my relations, and I believe in redemption. It’s from the place of calling this family to a better self that I write.

For most people, “medicine” is something used to treat or cure a disease, often a man-made drug, or sometimes an herb. Sometimes it refers to the whole field: hospitals, pharmacies, doctors, and so on. In Native traditions, however, medicine is a way of achieving balance. An Indigenous medicine person doesn’t just heal illnesses—he or she can restore harmony or establish a state of being, like peacefulness. Medicine people live and practice among the people; access to them is constant and unrestricted. And the practice of medicine is not just limited to the hands of medicine people: everyone is welcome to participate. Engaging with medicine is a part of the experience of daily life. Traditionally, Indigenous people don’t wait to be out of balance before they turn to medicine.

In the Indigenous worldview, many kinds of things can be medicine: a place, a word, a stone, an animal, a natural phenomenon, a dream, a life event like a coffee date with a friend, or even something that seems bad in the moment, like the loss of a job. Have you ever looked back at your life and thought, “That was the best thing that could have ever happened to me”? That was medicine. In order for something or someone to serve as medicine, it only needs to be filled with or granted a kind of mystical or spiritual power. You (anyone) can find and use medicine, just by allowing your intuition and feelings to determine whether something can serve as medicine. You listen for its sacred power; you don’t force it.

You don’t choose the medicine, the elders say—it chooses you.

It has taken me a long, long time (patience is a virtue in Indian country) to accept that the medicine that has chosen me is money. Because, I mean: money? Come on. Money corrupts. Money is dirty, even filthy. Money is the root of all evil, doesn’t the Bible say that?

But what is money but a way to measure value, to facilitate exchange? And what is exchange but a type of relationship between people? Money is a proxy for the sweat we spent on growing food, sewing clothes, assembling electronics, coding apps, creating entertainment, researching and developing innovations, etc. It’s just a stand-in for the materials we used, the services granted, the responsibility shouldered. Money is a tool to reflect the obligations people develop toward each other as they interact. It’s “the measure of one’s trust in other human beings,” as anthropologist David Graeber writes in his comprehensive book Debt.1

I’m not saying there aren’t problems with money when it’s hoarded, controlled, used to divide people, to oppress and dominate. But that’s not the money’s fault. Inherently it’s value-neutral. Humans have used money wrongfully. We’ve made money more important than human life. We’ve allowed it to divide us. That is a sin. We forget that we humans made money up out of thin air, as a concept, a tool for a complex society, a placeholder for aspects of human relations. We forget that we gave money its meaning and its power.

Money is like water. Water can be a precious life-giving resource. But what happens when water is dammed, when a water cannon is fired on protestors in subzero temperatures? Money should be a tool of love, to facilitate relationships, to help us thrive, rather than to hurt and divide us. If it’s used for sacred, life-giving, restorative purposes, it can be medicine.

Money, used as medicine, can help us decolonize.

Across American history and through the present day, the accumulation of wealth is steeped in trauma. The process of healing from that trauma is central to decolonization. Acknowledging our woundedness is key. This is not just for individuals—institutions can also engage in the Seven Steps to Healing:

These steps aren’t necessarily linear. Certain steps may need to be revisited, and the entire process may need to be repeated. In this way, it’s more of a circular or spiral process. Like any clever virus, the colonizer mindset keeps mutating and adapting, so in order to heal fully, we will need to be vigilant and get booster shots.

This is not a silver bullet solution. There is no quick fix for the complexity of colonization. Decolonization is a process with roles for everyone involved, whether you’re rich or poor, funder or recipient, victim or perpetrator. It may not feel like we’re moving forward at all, during certain phases of healing. Patience and grit are required.

All My Relations, Mitakuye Oyasin, as the Lakota say—meaning, we are all related, connected, not only to other humans but to all the other living things and inanimate things and the planet, and also the Creator. The principle of All My Relations means that everyone is at home here. Everyone has a responsibility in making things right. Everyone has a role in the process of healing, regardless of whether they caused or received more harm. All our suffering is mutual. All our healing is mutual. All our thriving is mutual.

I see it as a story about grappling with collective trauma. We have to enter into the darkness of it. It can’t be dealt with from the outside. We have to go inside, despite our resistance, and allow ourselves to feel swallowed up and surrounded by it. It might seem like the pain will never end and there is no way out of it, but bit by bit we come to the heart of the matter. The flute player had prepared himself for a prolonged reckoning. Some kinds of grappling, for especially deep wounds, are lifelong projects. If we do not reckon with it, however, if we carry around unresolved grief, we will spend our lives plagued by the serpent. When we finally get to the heart of the matter, we can emerge lighter and ready to build something new.

Being Native American inherently involves an identity crisis. We’re the only race or ethnicity that is only acknowledged if the government says we are. Here we are, we exist, but we still have to prove it. Anyone else can say they are what they are. No one has to prove that they’re Black or prove that they’re Latinx. There are deep implications to this. The rates of alcoholism, substance abuse, and suicide are linked to this fundamental questioning of our identity. We exist in the “Other” box. To try to feel safe inside that box, and then to be told you’ve got to prove your right to be in that box—that the box itself is under threat—is deeply demoralizing.

Colonization seems totally normal, because the history books are full of it and because, to this day, many colonizing powers talk about colonization not with shame but with pride in their accomplishments—but it’s actually the strangest thing. Conquering is one thing: you travel to another place and take its resources, kill the people who get in your way, and then go home with your spoils. But in colonization, you stick around, occupy the land, and force the existing Indigenous people to become you. It’s like a zombie invasion: colonizers insist on taking over the bodies, minds, and souls of the colonized.

Decolonization, obviously, is the process of undoing colonization. The Afro-Caribbean philosopher and revolutionary Frantz Fanon described decolonization using the famous line from the Bible: “The last shall be first and the first last.”2 Taken literally, decolonization means that the land that was stolen is returned, and sovereignty over not only the land and its resources but also over social structures and traditions is granted back to those from whom it was all stolen.

Yet decolonization defined like this tends to get stuck and make no headway at all. The truth is, there is no future that does not include the settlers occupying Indigenous lands. Today, in the twenty-first century, Indigenous lives and settler lives—families and businesses—are intertwined. This is simply the pragmatic reality of today’s world. What we can focus on with decolonization is stopping the cycles of abuse and healing ourselves of trauma. In this way we expand our possibilities for the future.

We must heal ourselves by each taking responsibility for our part in creating or maintaining the colonial virus. We must identify and reject the colonized aspects of our culture and our institutions so that we can heal. In healing we eradicate the colonizer virus from society: instead of divide, control, exploit, we embrace a new paradigm of connect, relate, belong.

For more in this cluster, read:

Edgar Villanueva is vice president of programs and advocacy at the Schott Foundation, and author of “Decolonizing Wealth: Indigenous Wisdom to Heal Divides and Restore Balance.” Villanueva is proud to be an enrolled member of the Lumbee Tribe of North Carolina, as well as a Southerner—lineages from which he inherited his love of storytelling and strong devotion to community.

Reframing Narratives, Resetting Reality: A Conversation with Mackenzie Price of the FrameWorks Institute