Money Edge No Guarantee for Marriage Equality on State Ballots 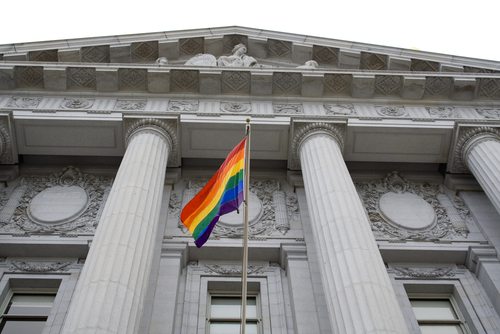 Two weeks from today, voters will choose more than the next president or their legislative representatives. Through state ballots, they will also decide how some of us get to live our lives. In Maine, Maryland, and Washington, the electorate will determine whether same-gender couples can marry. Those in Minnesota will vote on a constitutional amendment defining marriage as between individuals of opposite genders. Many previous attempts at establishing marriage equality through popular vote have failed even though proponents injected large sums of cash to educate voters. This time around, however, opponents of marriage equality are getting nervous, alarmed by the considerable amounts raised by same-gender marriage supporters.

Frank Schubert, the political director for the National Organization for Marriage (NOM) and the campaign manager for the four state campaigns opposed to marriage equality, expressed his concern that marriage equality proponents with deep pockets would be able to inundate voters with their message. “I am worried … about the particular disparities in Maine and Washington state and somewhat in Maryland,” Schubert says. “What’s occurred in the past—that we’ve been able to win despite being outspent—you know, is certainly going to be challenged this time by just the sheer disparity that exists.”

However, Denise Roth Barber, managing director of the National Institute on Money in State Politics, points out that marriage equality opponents have been outspent before but nonetheless prevailed in several cases. “Regarding same-sex marriage, raising more money has thus far not equated to success at the ballot box,” she tells NBC News. Political scientists like Patrick Egan of New York University agree with Barber. “A money advantage in any race is generally not what it’s blown up to be,” he says.

Perhaps NOM and its allies should be less worried about cash and more concerned that public opinion has recently changed, rapidly and dramatically, in favor of legalizing same-gender marriage. Polls in Maine, Maryland and Washington indicate that a majority of voters prefer marriage equality to discrimination against same-sex couples. This is not so in Minnesota, however, where residents surveyed were about evenly split (the one percent difference on the question was well within the poll’s 4.3 percent margin of error) on whether they favor a state constitutional amendment banning same-gender marriage.

Opponents of marriage equality need not throw in the towel yet nor should proponents start a victory lap. The plain and simple fact about polling is that some people will say one thing in order to look good and do another when it comes to socially contentious issues like gay rights. It remains to be seen whether the large cash infusions in Maine, Maryland, Washington and Minnesota will make a difference this time around. Regardless of the outcomes for these ballot initiatives during this cycle though, the tide has turned and it’s only a matter of time before more states recognize the legitimacy and commitment of same-gender couples. – Erwin de Leon