September 11, 2011; Source: New York Times   |   On the Williamsburg waterfront in Brooklyn there used to be a collection of studios and performance spaces that served as a gathering spot for any number of emerging artists. Called Monster Island, the block was brightly painted with murals and noisy with music and a fairly free-form art scene. It housed Secret Project Robot (and it also included the Mollusk Surf Shop, owned by one John McCambridge, son of NPQ editor-in-chief Ruth McCambridge).

Monster Island was recently described by the Village Voice as

part of a happily do-it-yourself fringe that operates outside of the city’s presale drunk-rock economy, [but] Monster Island’s residents are hardly underground naifs. [Building leaseholder Erik] Zajaceskowski works as a brand consultant. The tree-makers were sawing an installation for a Levi’s store in Manhattan. Stage decorations for recent tours by TV on the Radio and Animal Collective were assembled in the basement. Kayrock [a screenprinting company] works on regular production schedules for the New Museum, the Whitney, MOMA, and other local institutions…They are the type of young creatives that any burgeoning neighborhood might desire. But Williamsburg is long beyond burgeoning…

The landlord has decided that the whole collection must relocate to make room for redevelopment. The area has, in the past five years, become attractive to residential developers and it is rumoured that the Monster Island location may be home to a new Whole Foods market. Vashti Windish, director of the artist-run gallery Live with Animals that rented space in the center, told Arts News, “Monster Island has become one of the last standing institutions of what Williamsburg once was, a hub of creativity and excitement. The closing of it is very sad.” Undaunted, the displaced tenants have plans to re-organize elsewhere, but this loss of space for the underground artists who are part of New York’s unique character is not unique in the recent past. Says the New York Times, “In the past 18 months two other spaces—the Market Hotel in Bushwick, Brooklyn, and the Silent Barn a bit farther east in Ridgewood, Queens—have also been forced to close. Both were raided by city authorities, who demanded they comply with fire and building codes. (City officials said there had been no concerted effort to crack down on underground clubs in the area.)” 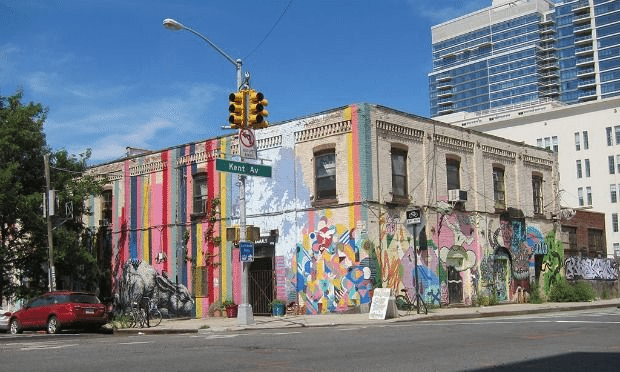 But the underground creative scene remains strong, with many of the artists involved expressing optimism about re-organizing elsewhere, perhaps this time with more protections. A number of artists’ groups have already made plans to move to Bushwick.—Ruth McCambridge