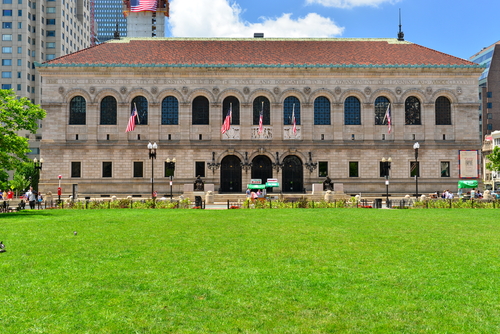 With the revelation of two major prints missing at the Boston Public Library due to the lack of fundamental security measures, more information is coming out about blunders that also may be cause for concern.

The Boston Herald reports that back in March, someone from the library gave away “The Prospect Before Us,” a political pamphlet written by James T. Callender in 1800, to the City-Wide Friends of the Boston Public Library, a nonprofit that runs book sales and programs for the library.

According to the group’s president, Brandon Abbs, the book was given away for one of their book sales. Abbs says after identifying the work through an eBay auction as being valued at $19,500, he contacted the library to ask if there had been a mistake. Abbs was right; this was an original copy of the anti-federalist pamphlet focused on the political corruption of the John Adams’ administration that was the key piece of evidence used to convict Callender of sedition.

“It had been rebound by the library, as they typically are, but the text was the original, the original printing,” Abbs said. “We said, ‘Did you really mean to throw this one out?’ And they did an investigation and said, ‘No, we’ll take that one back.’ ”

In an email provided to the Herald by Abbs, Laura Irmscher, the library’s chief of collections strategy, confirmed that the library had indeed made a mistake giving away the priceless historic document. Apparently, according to BPL spokeswoman Melina Schuler, the book was flagged for removal because it was believed to be a duplicate. After the library conducted an investigation, they discovered they did not have another copy of the book. They had given away the original copy.

The discovery of this latest management fiasco is a clear indicator that, as was revealed in the city-commissioned audit released to the public earlier this week, the library has not been properly maintaining its inventory of special collections. The keeper of the collections, Susan Glover, was placed on leave prior to the discovery that prints by Albrecht Dürer and Rembrandt, prized together at over $600,000, were missing.

“People have been concerned for a while about the overall inventory issues at the library, and whether they actually know what they have in their collection,” said Abbs.

The audit indicates, “Storage [of the special collection] is haphazard and not environmentally controlled” except for the remote archival center in West Roxbury. While the BPL has incredible breadth in the sheer volume of its holdings, only 19 percent is searchable by the public.

“Every aspect of managing special collections will need further review to ensure proper stewardship of these unique (and in some cases highly valuable) items,” the audit says.—Shafaq Hasan

More about: museums and libraries