More TEDx on Poverty: Robert Rubin, Patrick McCarthy, and Others 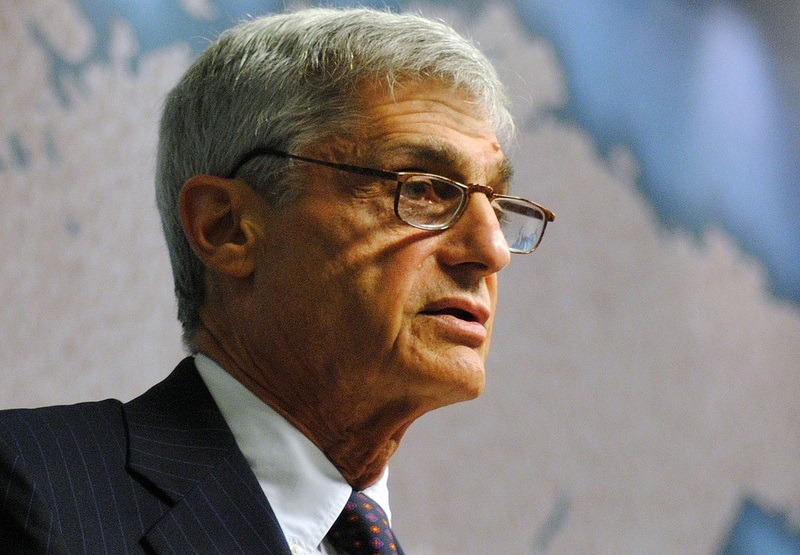 Surrounding Rep. Paul Ryan at the ostensibly nonpartisan TEDx-PennsylvaniaAvenue gathering were a number of luminaries weighing in on the topic. Community-based nonprofits, the kinds of groups on the ground that know what works and what doesn’t concerning the TEDx-talkers’ recommendations, weren’t big on the docket. In fact, among the speakers, the only nonprofits were nationally focused groups such as Communities in Schools, YouthBuild, the Human Rights Coalition, National Public Radio, the Urban Alliance, etc. The IF Project, a collaboration involving inmates in Washington state penitentiaries, might have been the only reasonably authentic community-based nonprofit. As such, it would be worthwhile for the nonprofit sector to weigh in on the substance of the policy-related contributions of the TEDx speakers as reported in the press and in the TEDx newsfeed summaries:

Former Clinton administration Treasury Secretary and former Citigroup chairman Robert Rubin delivered remarks on the “moral, social, and economic imperative” of combatting poverty. He conveyed his outrage that one in five children live in poverty in the wealthiest country in the world. To him, addressing poverty is an issue of importance for the national economy; Rubin pointed out, correctly, that, “One major impediment to moving forward on policies to address poverty is the widely-held view that nothing works. That is simply not true.” Examples of what works, he said, are the Earned Income Tax Credit (EITC), Social Security, and the Low Income Housing Tax Credit. Much of his presentation focused on the role of the Local Initiatives Support Corporation, the nation’s largest nonprofit syndicator of housing tax credits, where he has been board chair 16 years. He called on Congress to make the EITC permanent and to support federal funding for “community-led efforts—like those supported by LISC.” His recommendation for action? “We all need to pitch in, by writing letters to the editor or to members of Congress, by getting our friends, neighbors, and colleagues to do the same; by speaking up in town meetings with our elected representatives, and by the many other means available in our democracy to make your voice heard.”

Dan Cardinali, the president of Communities in Schools, announced that he is “an unabashed, fully invested believer in public education, [but]…that today’s public schools are simply not designed to serve the majority of their students,” the majority of which are much poorer than in years past. (Just over half of public school students are eligible for free or reduced-price lunches.) His solution is to pitch the model that is, in effect, the Communities in Schools model: “Community schools or wraparound services of integrated student supports. In this model, schools become a centralized distribution point for many different community services, and it’s all orchestrated by a high trained, deeply caring adult who’s integrated into the school setting, where they’ll have contact with needy kids every day.”

Eshauna Smith of the Urban Alliance told her personal story before leading into a description of the Urban Alliance, an organization she described as “caring adults who came together and decided that they could do something, even if small, to increase positive interventions available to youth in need.” The Urban Alliance program, she said, delivers “five comprehensive and complementary employment-based interventions” for program participants, including “soft skills training,” a paid corporate internship, “two caring adults…who provide workplace guide and wrap-around services,” post-high school planning and support, and post-program career services and “wraparound services to ensure long-term success and connectedness.” Continuing on her own personal story and the story of a girl from TC Williams High School in northern Virginia who became involved in the Urban Alliance, she asked, “How can we create more Eshauna and Jocelyn stories, and less stories like what we can see in Baltimore and in Ferguson?” It’s an odd question, in that both Freddie Gray and Michael Brown were killed not because of their employment or education, but because they were young black men who had the unfortunate luck to encounter out-of-control policing.

Amy Finkelstein from MIT’s Jameel Poverty Action Lab described research into the different experiences of people on Medicaid, the Oregon study of its Oregon Medicaid program. Finkelstein’s research showed that the typical Medicaid patient, even if confronted initially with finding doctors who will accept Medicaid, were, “once on Medicaid…more likely to see a doctor…Medicaid increases the number of doctor visits in the first year—by 35 percent.” It also meant that, however, that “in the first few years, Medicaid increases—not decreases—emergency room use,” contrary to expectations that Medicaid coverage would get poor people of out emergency rooms and into treatment by primary-care doctors. She was able to report these findings because of the happenstance of being able to examine the Oregon Medicaid program results through a randomized experimental evaluation. Her presence at TEDx was not to explain the importance or lack of Medicaid coverage, a crucial component of anti-poverty policy, but to pitch an organization she runs at MIT called J-PAL North America, which is “working to connect researchers with a variety of partners—hospitals, insurers, employers, and governments—to design and implement randomized evaluations on important policy questions.”

The similarity in the presentations of Rubin, Smith, and Cardinali was this: Their fundamental policy prescription was “fund more of my organization” (Urban Alliance, Communities in Schools, and, for Rubin, LISC in his role as chairman of the board). Other than the organizations’ own ability to deliver, there was little from the three about policy prescriptions that extended beyond their organizational turfs. Whether one agrees or disagrees with Rep. Paul Ryan’s poverty analysis, he was offering a vision for fighting poverty that rearranges the chess pieces on the board. There’s nothing wrong with organization-specific pitches, especially for organizations like CIS and LISC that have had significant impact on poor communities, but one would hope that TEDx talks do more.

The only other presentation we encountered of a similar scope to Ryan’s came from the CEO of the Annie E. Casey Foundation, Patrick McCarthy, who called on states to close all youth prisons. “I believe it’s long past time to close these inhumane, ineffective, wasteful factories of failure once and for all. Every one of them,” he said in his TEDx talk. “We need to admit that what we’re doing doesn’t work and is making the problem worse while costing billions of dollars and ruining thousands of lives.” Making his point as more than TEDx rhetoric, McCarthy committed the Annie E. Casey Foundation’s support for any state that commits “to close large secure juvenile facilities that resemble adult correction facilities.” Timed for McCarthy’s TEDx presentation, the foundation released a new report documenting the maltreatment of juveniles in correction facilities including “widespread physical abuse,” excessive use of force, and “an epidemic” of sexual abuse. According to a Casey Foundation blog posting, the foundation is recommending three steps for states:

“First, decrease the number of youth going into juvenile systems by half; second, improve existing systems by expanding community-based and family-centered programs proven to help kids who have the most serious problems; and third, eliminate all publicly operated and contracted youth prisons and instead use small, treatment-intensive secure care programs.”

McCarthy made an offer to “be there” for the states that change their policies on youth incarceration, even though exactly what the foundation might do for those states was left a bit unclear. Ryan pitched a plan for a new approach to anti-poverty programs, though there are gaps in his strategy and questions about his commitment of resources. But they both deserve credit for making policy proposals that merit discussion and debate.—Rick Cohen