“Most Important Legislation for Immigrant[s]” in 2012 Vetoed 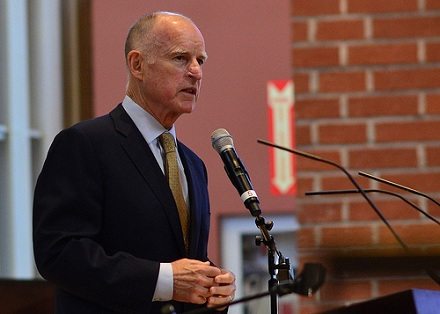 Late last night, California Gov. Jerry Brown had the opportunity to sign the TRUST Act but he opted to veto it instead. The bill was seen as the antithesis of Arizona’s approach to illegal immigration. A federal judge gave Arizona law enforcement officials the green light to ask individuals whom they suspect of being in the country illegally for their papers. The controversial provision, which critics view as essentially sanctioning racial profiling in Arizona, was one of the only aspects of the state’s hardcore immigration law that was not overturned by the Supreme Court in June. In contrast, the California law would have limited the ability of local law enforcement officials to cooperate with federal officials, allowing them to share information only on those undocumented immigrants who are convicted of major or violent felonies.

In a letter explaining his decision, Brown said he was “unable to sign the bill as written,” pointing out that “the list of offenses codified in the bill is fatally flawed because it omits many serious crimes.” Prior to Brown’s veto, Jose Antonio Vargas, the award-winning immigrant journalist who gained notoriety when he admitted to not having papers himself, penned an op-ed extolling California’s TRUST Act as a better way for states to deal with undocumented immigrants. He characterized the bill as “the most important piece of legislation for immigrant communities this year,” arguing that signing the bill into law “can prevent the separation of thousands of families, establish an alternative to Arizona’s approach and send a powerful message to the nation: In a state built and replenished by generations of immigrants, fairness and equality matter.”

While Gov. Brown chose to veto the TRUST Act as currently written, he did not slam the door shut on the bill. Brown ended his statement by stating that “the significant flaws in this bill can be fixed, and I will work with Legislature to see that the bill is corrected.” We hope he does so, as the TRUST Act would, as its name suggests, foster trust between immigrant communities and law enforcement officials. It would have freed the latter to focus on crime prevention and safety. It would have made California a more welcoming place for immigrants who have been integral to its past and who are vital to its future.

Ultimately, however, state-by-state measures are a poor substitute for Congress tackling the issue of unauthorized immigration on the federal level. Nonprofit advocacy organizations should encourage (or continue to encourage, in some cases) our federal lawmakers to produce comprehensive immigration legislation that includes a fair and reasonable path to legalizing the status of millions of people who live and work in the U.S. without papers. –Erwin de Leon