Museum of the American Revolution Given $40 Million Matching Challenge 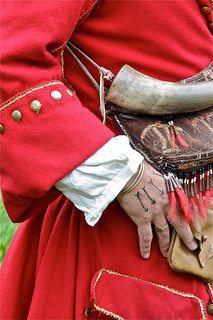 The Museum of the American Revolution is scheduled to open in Philadelphia in 2015, just down the street from the Liberty Bell. This week, the burgeoning museum received a fundraising shot in the arm when cable TV magnate H.F. “Gerry” Lenfest, announced that if the museum can raise $40 million, he will match that amount. Lenfest is chairman of the board of the nonprofit group behind the museum, the American Revolution Center, whose mission is centered on “engag[ing] the public in the history and significance of the American Revolution.” In addition to Lenfest’s matching challenge, the museum has already been approved for as much as $30 million from the Pennsylvania capital redevelopment assistance program.