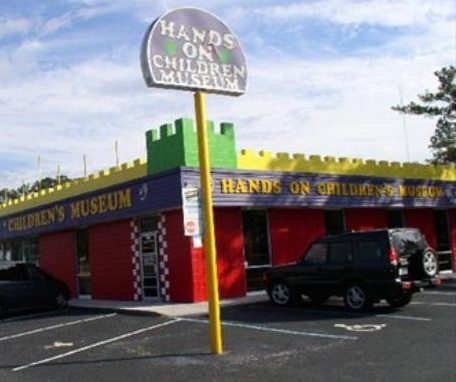 NPQ reported on an incident at the Hands On Children Museum in Florida (with an image of the Hands On Children’s Museum of Tacoma, Wash., for which you readers have NPQ’s deepest apologies) in which Karen Lee-Duffell’s same-sex lesbian family was denied a membership since they were not a “Mom and Dad” couple and were then asked to pay $10 extra.

The comments on this article were very candid, so we thought NPQ would highlight some of your voices:

Thank you for drawing attention to this issue! While they may be within their legal rights, bigotry and discrimination of all kinds were “legal” long past when they were recognized by the society as a whole to be unjust and immoral. I am sure that the Jacksonville Hands On Children’s museum hopes that this will blow over soon, but it is up to all who see it for the bigotry it is to take a stand and continue to voice our outrage.

They have since changed their policy to only one adult and the children in the household. Everyone may now add a second adult for an additional $10 per household, effectively giving a price hike to all families. While this is at least fair, choosing to punish everyone to spite this family daring to ask for equal treatment reeks of vindictiveness.

As Lori pointed out, instead of apologizing for their actions the museum has decided to raise prices for all two-parent families. The New Civil Rights Movement published an image comparing the changes to their membership rates:

Karen Lee-Duffell’s family, who were loyal members of the museum for three years, still has not received a formal apology from the organization. With petitions to boycott the Hands On Children’s Museum popping up all over the Internet on Change.org and Facebook, you’d think the organization would know better than to sweep this scandal under the rug and raise prices. Local families and advocacy groups are holding a demonstration on June 22 in front of the museum to protest the museum’s actions and voice their support for equal rights for all families.—Aine Creedon