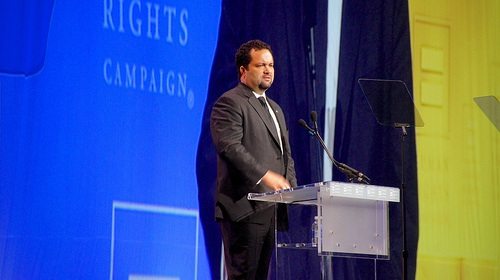 When the nonprofit and foundation sectors struggle over concepts of racial equity, as elite institutions, they grapple with questions faced throughout the American body politic, including between the two national political parties. The president and CEO of the NAACP, Benjamin Todd Jealous, has been watching the efforts of the Republican Party to explain how the GOP has somehow lost the support of all but a tiny slice of the black population of the U.S. and craft a strategy for attracting black voters back to the party of Abraham Lincoln.

While complimenting Senator Rand Paul (R-KY) for at least addressing some issues in a recent speech at Howard University, Jealous said that, “Republicans will not win black votes by paying lip service to party history while attacking social programs and voting rights. But they can make inroads by showing a commitment to civil rights.” As an example, he positively cited Paul’s statement that “We should not have drug laws or a court system that disproportionately punishes the black community,” suggesting that criminal justice reform is an important arena for the Republican Party to use to relate to black voters.

According to Jealous, “Mass incarceration is a fundamental civil rights issue. African Americans make up 40 percent of the 2.4 million people in America’s bloated prison system. That includes the vast majority of those in prison for nonviolent drug offenses. If current trends continue, one in three black males born today can expect to spend time in prison during his life.”

Is there a lesson for the nonprofit sector and foundations? Perhaps it might be that, in attempting to demonstrate effective commitment to, and concern for, racial justice, nonprofit institutions ought to think hard about exactly what that might be and what they in their own practices do to challenge racial inequities. That’s the importance of such reports as the one from the Open Society Foundations on Philanthropic Support for Black Men and Boys and OSF’s Campaign for Black Male Achievement.  Like Jealous’s argument, it’s time for organizations—whether nonprofits, foundations, or the Republican Party—to offer more than lip service in addressing the issues that are at the heart of the challenges faced by the black population in this country.—Rick Cohen