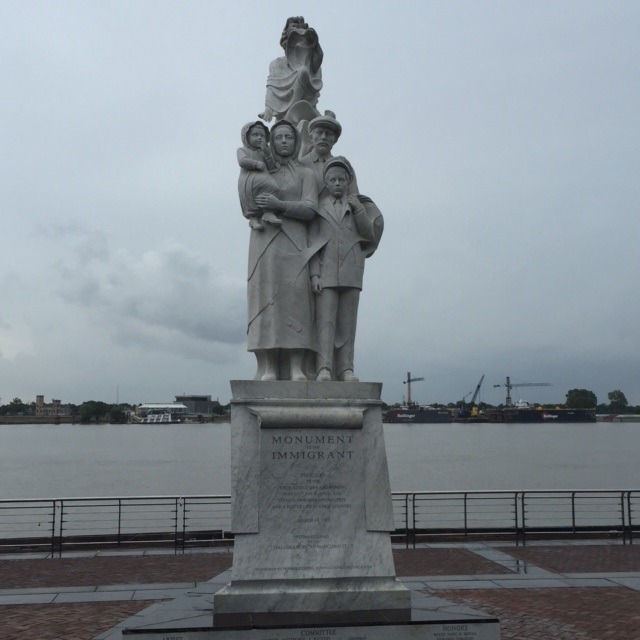 Protesters completed a nine-day fast this weekend outside the 5th Circuit Court in New Orleans where, they claim, judges are intentionally stalling on Barack Obama’s two executive immigration actions: Deferred Action for Childhood Arrivals and Deferred Action for Parents (DACA and DAPA). The two measures were announced in November 2014 and when put in place will affect more than 4 million children and parents of children without documentation who have lived in the U.S. since 2010.

The deferrals allow individuals to remain in the country for three years if they meet specific criteria. Under both actions, decisions are to be made on a case-by-case basis, approval can be revoked at any time, and the measures do not guarantee a path to permanent U.S. residency or citizenship. And while individuals can get a Social Security number and a green light for employment, they are not eligible for government benefits or subsidies.

Last December, 26 states filed a lawsuit in the Southern District Court of Texas seeking to block both of the executive actions, and early this year District Judge Andrew Hanen issued a temporary injunction blocking them from going into effect. As Holly Hennessy-Fiske reports in the Los Angeles Times, lawyers for the coalition of states made their case to the 5th Circuit Court in July, but the panel has delayed ruling nearly a month beyond its own 60-day deadline. While many assume the panel will rule in the states’ favor, any ruling can be appealed to the Supreme Court. What worries immigration advocates is that it is unlikely now that the case will be settled in time for the Obama administration to begin implementing the programs.

Attorney Jennifer G. Parser writes in the National Law Review that this case “serves to show the contentious posture of the government versus the judiciary, not boding well for any swift resolution for the implementation of expanded DACA and DAPA, and keeping millions of employable individuals either not working or continuing to work illegally,” with prospective or actual employers unable to hire or retain them.

DAPA and DACA are far from the only immigration issues being played out on the national stage. The Senate blocked legislation last week that would have taken away funding from local municipalities that do not cooperate with federal immigration authorities when they detain undocumented individuals. Before the vote, Senate Democratic Leader Harry Reid made headlines when he called the legislation “The Donald Trump Act,” calling it a bill that paints all immigrants as criminals. The bill failed in a 54-45 procedural vote.

Back in July, the House passed a similar bill, which the White House threatened to veto, saying that it undermines administration efforts to remove the most dangerous criminals and doesn’t do anything to advance comprehensive immigration reform.

“Sanctuary cities,” a term used to describe the jurisdictions in question, are those that, either through specific ordinances or don’t-ask-don’t-tell policies, limit the role of local law enforcement in the enforcement of immigration laws. They have been on the radar of legislators for years and were an issue in Mitt Romney’s primary campaign against Rudolph Giuliani in 2008 when he accused the former mayor of having run New York City like one.

What makes both the sanctuary cities issue and the President’s executive actions particularly thorny at the moment is the climate in the country right now on matters surrounding immigration and asylum. As Rick Cohen pointed out in a piece on this site two months ago, there is a “new and scary level of the anti-immigrant movement that should spur reasonable, normal, democratically-focused nonprofits to think deeply about how they respond among their own constituencies, whose anger with national politics and economic torpor might lead them in nativist directions.”

Indeed, a new book by Marissa Abrajano and Zoltan Hajnal (White Backlash: Immigration, Race and American Politics) analyzes the changing racial demographics in the U.S. and to what extent this is impacting voter allegiances and national politics. In an article in Issues in Governance Studies, published by the Brookings Institution, Abrajano writes that there is an “ongoing and oft repeated threat narrative that links America’s immigrant and Latino populations to a host of pernicious fiscal, social and cultural consequences.

“Moreover, although many inside and outside of the political arena dispute the threat narrative, it appears that the narrative has been absorbed by a significant segment of the white population. Across the white population attitudes on Latinos and immigration are diverse, but there is little doubt that many white Americans express real concerns about immigration and hold negative attitudes toward Latinos. Recent polls suggest that well over half of white Americans feel that immigrants are a burden on the nation.”

The threat narrative that objectifies and vilifies immigrants, and emphasizes their disproportionate use of public services, involvement in crime, and role in taking jobs away from American citizens, has been a long time in the making. It is what linguist Joshua Fishman once described as the displacement of middle-class fears and anxieties from macro causes to “simplistic and stereotyped scapegoats.” Rhetoric and hate speech feed into these anxieties, hijacking authentic opportunities for reasoned debate and problem solving.

According to the Southern Poverty Law Center, hundreds of vigilante groups have been proliferating since the late 1990s, when anti-immigration sentiments began to rise to levels not seen in the U.S. since the 1920s. As SPLC has been warning for years, even those that operate under a veneer of legitimacy can harbor links to far more virulent groups or, over time, begin to reveal their own sympathies with controversial fringe ideologies.

The best-known example of this is perhaps John Tanton, who founded the Federation for American Immigration Reform, Numbers USA, and U.S. English. While Tanton set out to make his work centrist and “balanced,” numerous quotes attributed to him over the years expose his feelings about race and eugenics and, as he wrote once to a white donor, “the decline of folks who look like you and me.”

As far back as 1988, Tanton was promoting his own brand of anti-immigration hate, declaring that Latino fertility rates would result in “those with their pants up [getting] caught by those with their pants down.” He then asked, “As whites see that power and control over their lives declining, will they simply go quietly into the night? Or will there be an explosion?”

Compared to the unchecked discourse we are witnessing at present, Tanton’s words seem oddly anachronistic. As the views voiced by mainstream politicians, television pundits and radio hosts become more incendiary and in too many cases become conflated with Second Amendment issues, those who work in immigrant communities today are keeping a wary eye on the narrative around immigration (and its sister anxiety, bilingualism).

We are not alone in this. Economic and geopolitical crises are causing systemic disruptions and raising tensions on a global scale and we are witnessing mass migrations of those fleeing war, gang violence, genocide, and the attendant breakdowns of governments, economic systems, and civil institutions. These issues are not going away, and the fact that after three years it is unclear what will happen to the status of those affected by the DAPA and DACA Executive Actions perfectly illustrates the inadequacy of the country’s efforts to put in place any meaningful immigration policies. With plans for reform in the U.S. stalled and disputes about policy exacerbated by intolerance, we are moving farther away from any conceivably achievable solutions to fix an undeniably broken system.

Nonprofit organizations working with immigrants, whatever their legal status, must work strategically to ensure that their voices are not drowned out by those appealing to base emotions, anxieties and fears. Small businesses and others who hire immigrants and benefit from their labor need to step up as well and demand that lawmakers start doing their jobs. For those who have been turning a blind eye to their workers’ legal status for years, and who have come to know these men, women and their families, taking a stand against the vilification of undocumented workers would be especially meaningful coming from your quarter.

There is no reason beyond cynicism, political brinksmanship and sheer obstinacy that elected officials at both the federal and local levels have not developed balanced policies taking into account the need for national security and community safety with solutions that are humane and just. Advocates, teachers, students and citizens of all stripes will continue to make it clear that they will not bullied into submission by those shouting the loudest.—Patricia Schaefer