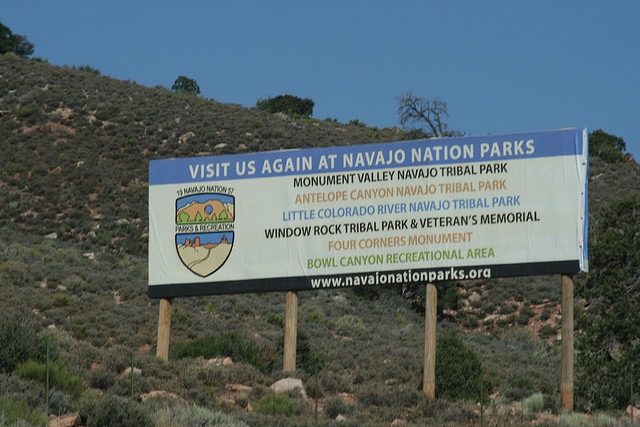 On the heels of announcing their pursuit of legal action against the Environmental Protection Agency, the Navajo Nation is now responding to FEMA’s refusal to provide assistance following the disastrous mine spill in Colorado that contaminated the Animas River in the Southwest and the San Juan River, a major waterway for the reservation.

As NPQ had reported, Navajo Nation president Russell Begaye asked FEMA to provide a disaster coordinator who could oversee the relief operations following a spill that officials say has handicapped the primarily agricultural society. However, FEMA has apparently declined to offer its services.

We are extremely frustrated with the news that both FEMA and the U.S. EPA have declined our urgent requests to continue assistance to the Navajo Nation. U.S. EPA caused this entire disaster; they have harmed the people, the water and the land. I appreciated the fact U.S. EPA took responsibility and I was hoping for the U.S. EPA to prove to the Navajo Nation they are willing to hold themselves accountable. This action clearly shows otherwise. For years, we have consistently been at the receiving end of toxic spills and contamination with no adequate relief as the United States Government and Private Companies became wealthy off of the natural resources of the Navajo Nation. This is not the end but the beginning, as I will continue to fight for my people.

The situation at the reservation has not gone unnoticed by the media and activists. Erin Brockovich, an environmental activist who famously helped win a class action lawsuit against electric company PG&E for polluting the water in Hinkley, California, visited the Navajo Nation and some of the reservation’s high schools this past Tuesday. Brockovich accused the EPA for hiding the truth about the mine spill, which, the agency alleged, released 3 million gallons of pollutants into the water. Brockovich questioned whether this was a true estimate of the contamination in the water. (Previously, the EPA believed 1 million gallons were released, but this figure was amended to 3 million gallons.)

The EPA is currently investigating the spill, but regardless of the extent of the contamination, the Navajo Nation, which, like other tribal reservations, is already fraught with economic instability, undoubtedly requires further aid to sustain their society, which the nonprofit sector can provide.

Moving forward, as more information sheds light on the situation as it unfolds following the spill, it would behoove the nonprofit sector to consider where it fits into the equation. It might take a cue from Darlene Arviso, “The Water Lady,” a very nice woman who drives to 250 towns in the Navajo Nation each month to bring the residents clean water.—Shafaq Hasan