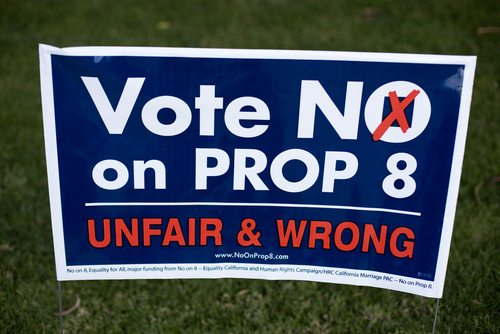 An amicus brief asking for the Defense of Marriage Act (DOMA) to be struck down has been submitted to the Supreme Court with signatures coming from nearly 300 well known businesses, along with many municipalities. As NPQ noted late last year, the Supreme Court is preparing to hear arguments for and against this law, which the U.S. Department of Justice has said it does not plan to enforce.

In addition to hearing arguments about DOMA, the Supreme Court will also take up California’s Proposition 8, which denies same-sex couples the right to marry in California. At least 75 prominent Republicans have signed a separate brief in support of gay marriage leading up to the Supreme Court’s consideration of Proposition 8. The New York Times suggests that these GOP signatories reflect a “civil war” that has been raging in Republican circles since the November elections.

Talk about an issue whose time has come. This showing is phenomenal and speaks to what we already know: the work of social change can be long and arduous but when you hit that moment of cultural change, the feeling is palpable. Still, you can never stop pushing forward. –Ruth McCambridge