Needed: More Lively and Critical Debate in the Nonprofit Sector 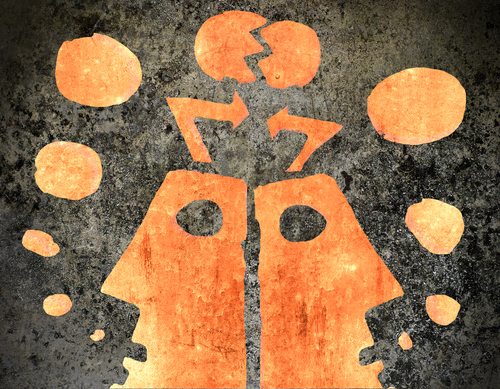 NPQ can be harsh from time to time. Sometimes it makes people feel…well, uncomfortable.

One of philanthropy’s more astute observers, Cindy Gibson, contributed a terrific op-ed to the current Chronicle of Philanthropy. It opens like this:

Everybody in the nonprofit world talks these days about innovation, but not about what drives change: open debate and critical thinking. In science, technology, business, academe, and elsewhere, people are encouraged—and are given forums—to express opinions and disagree with each other publicly. But nonprofits and foundations continue to embrace a culture of silence and politeness that gets in the way of their growth and vitality. Yet it’s impossible to change the world unless we create more opportunities for people to regularly call into question whether a nonprofit’s or foundation’s activities are effective, ethical, and strategic.

Cindy has it exactly right. The world of foundations and nonprofits is almost entirely bereft of the vigorous back-and-forth, the lively exchange of conflicting points of view, which compels our major political and economic institutions periodically to re-examine their assumptions about the world.

I was struck once again by this absence of critical self-analysis by recent parallel events in the world of business and philanthropy: the roughly simultaneous firing of JCPenney CEO Ron Johnson and departure of Ford Foundation President Luis Ubiñas.

I happened to be at the Council on Foundations’ annual meeting when Johnson was fired after only 17 months on the job. The business networks on my elliptical machine’s mini-TV were humming with round-the-clock commentary. How could someone with such a successful career at Apple fail so miserably and quickly at JCP? Why didn’t the sales lessons of the computer industry transfer to mass-market retailing? Were Johnson’s efforts to change JCPenney’s culture inappropriate, or is JCPenney simply and ineluctably on a death march to the department store graveyard? By listening to the TV conversations and reading the business pages about this single event at a much-reduced and struggling corporation, one could acquire an invaluable mini-education in contemporary economics.

When the equally abrupt departure of Mr. Ubiñas from Ford had been announced a few weeks earlier, by sharp contrast, the only sound you heard was crickets. A paragraph appeared in the major newspapers, while the Chronicle of Philanthropy ran a brief story—“brief,” because its intrepid reporter could extract almost nothing of insight or value from those she interviewed. (Including me, because I’m totally out of the loop about such matters.) Bear in mind this was not a faltering corporation in a minor and fading sector, but rather one of America’s largest and most prestigious foundations.

The Nonprofit Quarterly has, in earlier posts, called this “disappearing executive syndrome,” where one is left to intuit what has occurred by what has not been said and the way it was not said.

And yet a Penney-like conversation about the lessons of Ubiñas’s departure would have been full of “learnings,” as we say in the foundation world. His twenty years at business consulting behemoth McKinsey were supposed to have prepared him admirably for the tough work of reorganizing Ford while shrinking its staff. Did something go wrong? Too much organizational change too quickly? Too autocratic? What happens when a corporate mindset is transplanted into the philanthropy setting—a widespread prescription for foundations today? Is there a fundamental tension between business consulting practices and social justice principles?

To be sure, these questions were no doubt discussed, but almost entirely sotto voce, in personal emails and phone calls and hushed luncheon conversations over sparkling crystal. Those excluded from the inner circles of the foundation world had to make do with the press release from Ford, which included only Ubiñas’s declaration that he had “given as much as he can to the institution he leads,” along with the usual opaque pat on the back from the board chair. None of the rest of us was privileged to hear the real discussion about the real reasons for his departure, which could have taught us so much about the problems of philanthropy today. As Ms. Gibson noted about this sort of freeze-out, “Rather than raise questions about this publicly, we usually hunker down and complain behind closed doors, in between conference sessions.”

Ironically, Mr. Ubiñas delivered a speech at the Council on Foundations’ annual meeting during the JCPenney kerfuffle, reminding the audience that American democracy itself is at risk if the general public isn’t fully included in discussions of public policy. “There is a critical difference between a press release that is picked up as news and an investigative piece of reporting that sheds light, and not just heat, on a topic,” he observed. Indeed, there is. Yet nowhere is the press release/investigative reporting ratio so out of whack as in Mr. Ubiñas’s own backyard.

Why is so much “reporting” in and about the foundation world nothing more than regurgitated public relations copy? That world offers no incentive to say anything negative, along with every incentive to say all things positive.

As for the absence of negative coverage, as Gibson noted, all other areas of our public life are characterized by frank, open—and often critical—commentary on the conduct of their institutions. The drive for competitive advantage in business ensures that missteps like those at JCPenney will be held up to full and open examination. In politics, every actor and every activist group stands ready to broadcast news of similar stumbles on the part of political adversaries. But the realm of philanthropy lacks natural predators. No one is systematically incentivized to seek out and report on its errors and misdeeds.

While there are no rewards for negative commentary, there are many for positive commentary. There is the strong possibility of financial support from grateful foundations; the likelihood of publication in foundation-supported newsletters and magazines; and the invitations to posh resorts, where an hour-long panel appearance will be rewarded by several days of fun, sun, and cocktail receptions with yet more wealthy potential supporters.

A few organizations swim against this powerful tide. Starting close to home, the organization I direct, Hudson Institute’s Bradley Center for Philanthropy and Civic Renewal, sponsors panels once a month in the nation’s capital, which are designed to reflect the full variety of points of view on issues in the sector. (Ms. Gibson’s op-ed built on her remarks at one of our panels, “Is Philanthropy Killing Itself with Kindness?” available here. You can also read Albert Ruesga’s typically brilliant and amusing comments from that panel here.)

The Chronicle of Philanthropy does its best to dig up the truth about foundations, though as the Ubiñas story made clear, it is severely constrained by their code of omertà. Philanthropy Daily is a website that takes a skeptical view of foundations insofar as they actively undermine, rather than encourage, active charity within vigorous local communities.

And, of course, there’s the Nonprofit Quarterly, which regularly subjects the self-important bloviations of philanthropoids to critical inquiry, keeping faith with the small, hard-pressed nonprofits that are the backbone of American civil society. That’s why I enjoy writing for NPQ, and why I support it with my donations.

If this sector is to enjoy the rigorous self-examination essential for making headway against our most pressing problems, we need to sustain NPQ in its courageous but too seldom rewarded willingness to speak the truth to a sector swaddled in happy-talk and niceness.

William Schambra is a senior fellow at Hudson Institute.