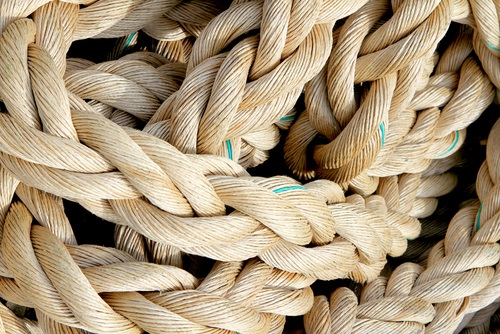 One of the biggest issues in nonprofit governance and management is the effective management of conflicts of interest. Even when the apparent conflicts are disclosed and apparently harmless, they can negatively affect a nonprofit’s reputation. The ongoing story of Sanford Health and its forays into the state of Minnesota is a case in point.

Aside from these five business/financial issues, the article discusses Sandford CEO Kelby Krabbenhoft’s 2007 letter to bank regulators in protest of banking law changes that would adversely affect Premier Bankcard’s business, which focuses on the “sub-prime” credit market, or people with poor or no credit ratings.

While these conflicts sound suspicious, Krabbenhoft and others provide plausible explanations and counterarguments in the article. Denny Sanford holds no employment or board role at Sanford Health, maintaining the role of donor and advisor. Denny Sanford’s business interests all predate his involvement with Sanford Health, and his more than $600 million in gifts to Sanford Health have contributed to a material reduction in his net worth over the past several years (as can be seen here, he’s no longer on the Forbes 400 list). The business ties between Sanford Health and Denny Sanford’s companies comprise so small a portion of revenues for any of the entities that auditors would not identify them as “material.” (Some define “material” as one percent of revenues, while others go as high as three percent.) And Krabbenhoft’s letter, while unusual for a hospital executive, may be explained by his volunteer role as past chair of the nonprofit Sioux Falls Development Foundation (and 2008 chair of its “Forward Sioux Falls V” $11 million drive to fund new job creation) advocating for several South Dakota credit card processing centers. (South Dakota has no state-mandated usury limit, so many large lenders have credit card processing centers in the state.)

The difficulty for Denny Sanford and Sanford Health is that the perception of a conflict of interest is sometimes more powerful than the facts and circumstances of a particular case. When the nonprofit in question is already suspected by a portion of the population of having self-serving motives for acquiring other nonprofit hospitals, the appearance of conflicts with a billionaire donor can’t avoid fanning the flames.

Marital therapist John Gottman talks about “negative sentiment override” in relationships, and the same principles apply in broader contexts like the perception of a nonprofit by its community. Over time, experience and information between two parties can build trust, erode trust, or have no impact. Negative sentiment override occurs when a party is sufficiently suspicious and wary of the other party’s motives and veracity that he or she assumes the worst, regardless of the truth of the situation. In this case, Sanford Health’s “brand” is perceived by some as suspect, so it’s easy to believe negative information about Sanford Health, and it’s easy to ascribe negative motives to Sanford Health and those supporting and doing business with it.

It’s crucial for all nonprofits to protect their reputation and brand from the appearance of conflict of interest as well as to protect themselves from actual conflicts of interest. The protection of reputation and brand in good times is important, and the value of doing so is never greater than when public perceptions are trending negatively. In Sanford Health’s case, it seems that little would be lost, and much gained, by a more scrupulous attention to the appearances, as well as to the facts, of relationships.—Michael Wyland

More about: Management and LeadershipMergersNonprofit News