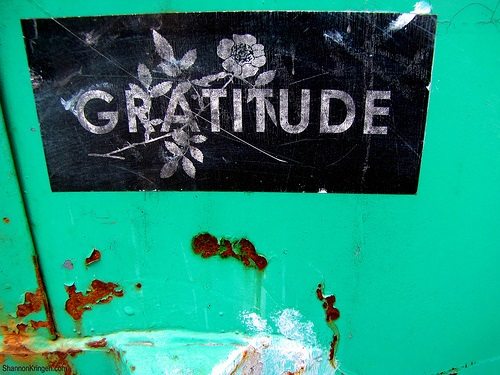 Nonprofits must be the most appreciative organizations in society. We’re always sending out thank-you letters to donors large and small; we’re always acknowledging the “generous” foundations sending us grants; heck, for nonprofits, it’s always Thanksgiving. The insightful Nell Edgington suggests in her Social Velocity blog that being grateful isn’t always warranted. Edgington’s examples of “misplaced gratitude, or gratitude for acts that are actually NOT helpful” include these:

Nonprofit Quarterly readers could easily expand Edgington’s list of examples of misplaced—and counterproductive—nonprofit gratitude, and they should. Nonprofits are central players in addressing and solving America’s social problems. Cicero called gratitude “the greatest of virtues,” but when it is overused when not warranted or needed, it cheapens the times when it is really called for. Ben Franklin had it right in Poor Richard’s Almanack: “Don’t overload Gratitude; if you do, she’ll kick.”—Rick Cohen