Never a Dull or Unsullied Moment at Feed the Children 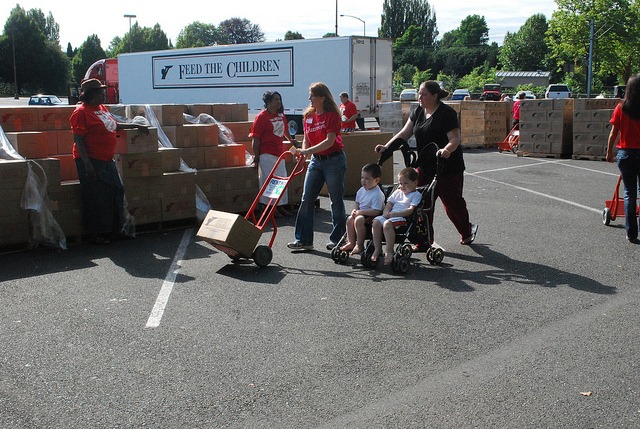 Most Americans are familiar with Feed the Children only through its heartbreaking fundraising commercials featuring the hungry and sick children of the world. But for a relatively massive and high profile organization with a powerhouse media campaign, Feed the Children (FC) manages to consistently embarrass itself in public.

In 2009, the daughter of founder Larry Jones was part of a group that wrested the reins of the organization (which once boasted an annual budget of over $1 billion away) from her father in a very public fight that included a number of lawsuits. One, filed against Jones, alleged that among other things he tapped the offices of other execs without their knowledge, took bribes, stored hard-core pornography in his office, and engaged in nepotism.

Shortly thereafter, the American Institute of Philanthropy named FC its Most Outrageous Charity of the Year in 2009 for overstating its aid to Haiti. By then, many observers documented overstatements as par for FC’s course, along with out-of-control fundraising costs. In fiscal 2008, for instance, only 21 to 23 percent of its cash budget was spent on program services, and $63 to $65 was spent to raise each $100 cash contribution.

By 2012, the organization had hired Kevin Hagan, who prided himself on ethics and his ability to transform cultures and organizations, to right the ship. He did manage to get some of the charity’s watchdog ratings back on track among other things, but in February of this year he made known his intent to depart, which he did in May, with no permanent replacement in the organization’s sights. He did, however, assure all observers that he was leaving the organization on a strong foundation from which to move forward.

By June, the board was being informed that the organization was at risk via a report by BDO USA, which claimed, “Changes in management, leadership style, personnel and brand image have created an environment that poses significant risk for the financial and operational well-being of the organization moving forward.”

Now, FC is apparently under siege by a man whom some might see as a crank, in the form of disbarred Texas attorney Edward Roush, Jr., and FC’s attorneys have decided to shine an extra spotlight on the matter by advancing their opinion that Roush’s lawsuit, alleging that the organization is badly mismanaged, is one aspect of a “nefarious plan” to take control of Feed the Children “through intimidation, harassment, deception, spurious litigation and even threats.”

Edward Roush has some inflammatory rhetoric of his own, of course: “I would describe them as the Enron of the nonprofit world. […] They need a housecleaning, a major housecleaning.”

Roush is in the odd position of being in possession of the rights to videos, papers, and other property belonging to FC’s ousted founder, Larry Jones. He bought the material, which had been in storage at a Feed the Children warehouse in Oklahoma City, for $1 some time in June.

Roush, who was convicted for federal tax evasion in 2000 and had a $43 million judgment entered against him in a stock fraud case in 2000, filed a slander lawsuit on August 10th against the charity’s attorneys and key officials at Feed the Children, though we hardly know why anyone would have to accuse him of things that are unsubstantiated when so much is, in fact, substantiated.

But according to this article, FC’s attorneys claim many of its employees were terrified after he wrote in a letter dated June 25th that a possible class-action lawsuit by donors might be in the offing, ending with the ominous, “If I do no hear from you, God have mercy on each of you and Feed the Children.” (He says this was no threat, by the way, but a reflection of his deep-founded faith.)

Roush does say that he wants to take over the operation, but only to do good. “I want to take it over, clean it up and make it do what it was intended to do. […] I envision taking a Feed the Children, merging tons of organizations and creating a Google-like working environment.” He says he wants the wealthy people to donate their businesses and great-value assets, to ensure sustainability. He also insists that he does not necessarily want to be in control himself—but, according to this reporter, “he does want to influence who goes on the board of directors and what happens.”

Now, it is pretty clear that this guy has no standing to do much taking over—no more than the rest of us do—and less credibility as a master steward than most of us, but he does, unaccountably, have access to a boatload of documents that he bought (from whom?) for a buck. But it is also pretty clear that the organization is lacking in strong leadership, or else the lawyers would not be shooting their mouths off with quite so much abandon. And we have not even mentioned the organization’s declining financial state!—Ruth McCambridge