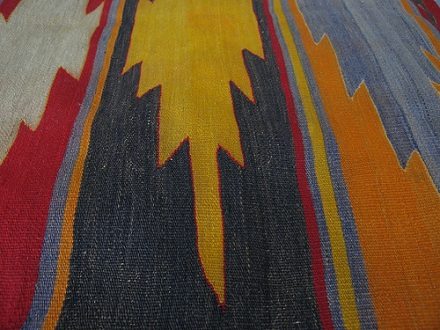 In a concluding segment of a recent video celebrating the one-year anniversary of the Center for Native American Youth, founder and former U.S. Sen. Byron Dorgan (D-N.D.) links the mission of his organization with the urgent needs of Native American youth by speaking directly to them: “If you feel like things are hopeless, they are not. If you feel like you are helpless, you are not.” Referring to staff at his own organization and others like it, Dorgan adds, “There are people who care about you and want to make a significant difference in your life.” Providing a closer look at the crisis that Dorgan is referring to, a recent NBC News blog post describes the current rate of youth suicide as “epidemic” and “rising” among Native Americans, ranging between rates of nine and 19 times that of other youth groups

As former chair of the U.S. Senate Committee on Indian Affairs, Dorgan has an in-depth knowledge of contemporary Native American health issues, and he has described the Indian Health Service as a “chronically underfunded” federal agency. “We need more mental health services to save the lives of our youngest First Americans,” Dorgan told NBC. “Tribes and nonprofits may get two- or three-year grants to address an issue that cannot possibly be resolved in that amount of time.” Echoing a familiar nonprofit theme, he added, “We fund programs, then let them fall off a cliff.”

As a step toward a solution, Dorgan put $1 million in remaining campaign funds toward establishing CNAY, a division of the Aspen Institute, in 2011. It is “dedicated to improving the health, safety and overall well-being of Native American youth through communication, policy development and advocacy.” In addition to serving as a clearinghouse for information, in the past year CNAY has also led collaborations between 25 federal agencies and seven national tribal organizations, and it now oversees a youth scholarship program.

In the same CNAY anniversary video, Dorgan emphasizes that tribal leaders, tribal chairs and council members have been trying “valiantly” to address the health problems within their own communities but have been “hamstrung” by a lack of resources and broken promises. As an example of a new generation of nonprofit leaders working to combat suicide within their communities, NBC cites Alaska Native Tessa Baldwin, who established Hope4Alaska last year. According to NBC, Baldwin has lost an uncle, friends and a boyfriend to suicide, which helped her to see the scope of the community problem. Last year, Baldwin, who is now a freshman at the University of California-San Diego, spent time traveling to schools in Native villages, talking with other teens and community elders as she laid the groundwork for her own organization. She recently added new reflections to her blog about her community’s progress: “We have come so far to see this light. As part of Indian Country and our state we are ten steps further than we were last year.” –Anne Eigeman