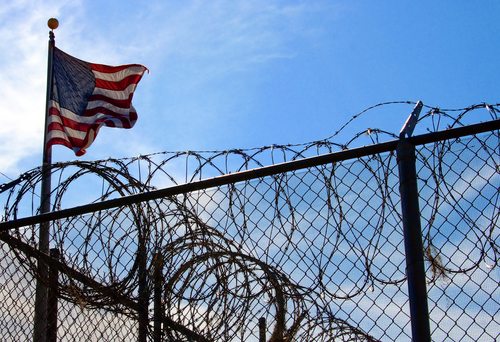 According to the Equal Justice Initiative, nearly 10,000 children across the country have been sentenced as adults and are serving time in adult prisons. Pennsylvania, which has the highest number of incarcerated children serving life sentences and no minimum age to try a child as an adult, is now also home to the Youth Sentencing & Reentry Project (YSRP), a new nonprofit dedicated to aiding Philadelphia’s children who have been prosecuted and are carrying out their sentences in the adult criminal justice system. The nonprofit was founded over the summer and has been steadily gaining traction and support over the last few months.

Founded by attorneys Lauren Fine and Joanna Visser Adjoian, the nonprofit’s aim is to change the criminal justice system’s approach to sentencing children through equipping their defense attorneys with the support they need at the trial and sentencing phase, specifically research surrounding child brain development and applicable Supreme Court precedents, according to their article in the Legal Intelligencer.

The nonprofit will follow the juveniles from when they enter prison through the conclusion of their sentences and remain a resource after their incarceration. While the children are in prison, the group will look to provide rehabilitation services and information on reintegrating into society prior to the end of their sentences. In addition to working with children and their attorneys, the project will also work with the parents, guardians, and other individuals involved in the lives of children, like guidance counselors, teachers, or doctors, in order to gain a full understanding of each child before the crime took place.

Through their aid to defense attorneys and support for families and juveniles who are serving sentences on adult charges, this unique and pioneering nonprofit fills a gap in the criminal justice system where it seems no other organization currently provides service. Institutions like the Juvenile Law Center, National Juvenile Defender Center, and National Juvenile Justice Center almost exclusively either work to reform laws regarding juvenile incarceration or advocate legally for juveniles. Unlike YSRP, they do not work closely with the families and the children after they have left incarceration.

Certainly, the concept itself of children being tried as adults is alarming. When charged with an adult crime like homicide, the U.S. Supreme Court has said that lower courts must weigh that a juvenile’s mental capacities are not as developed as an adult’s would be had they committed the same crime.

As noted on the organization’s website, the creation of the nonprofit comes at an auspicious time, as the U.S. Supreme Court ruled in Miller v. Alabama in 2012 that sentencing a juvenile to life imprisonment without the possibility of parole was unconstitutional and violated the Eight Amendment. However, the Miller ruling only applies in situations where a crime carries a mandatory life-without-parole sentence. Therefore, the Supreme Court has still left the decision at the discretion of the lower courts, meaning juveniles can still receive the sentence if the punishment is considered to fit the crime. This makes part of the nonprofit’s mission, addressing the issue of lengthy sentencing for juvenile offenders, all the more relevant and timely. (Other states, like Massachusetts, have successfully barred juveniles from receiving life without parole at all.)

Only a few days ago, a 10-year-old boy described as having mental difficulties was charged as an adult after he confessed to beating a 90-year-old woman, leading to her death. According to prosecutors, Pennsylvania law mandates that homicide charges be filed in adult court, because a delinquent cannot be charged with murder. It is uncertain if prosecutors will contest the motion to move the case to juvenile court.

While pending a psychological evaluation, the 10-year-old’s mental deficiencies present just one of several possible mitigating factors that could prevent him from being tried as an adult, or if convicted, affecting his placement in an adult incarceration facility.

The boy’s defense attorney noted that bail was not requested in this case, as the family was not ready “to have him released into their custody.” The boy is currently isolated at the county jail, away from the general population, for his safety, further suggesting the issues inherent in placing a child in jail at all. This case accentuates the need for an organization available to provide support to families and children during what is already an undoubtedly a difficult, life-altering ordeal.—Shafaq Hasan