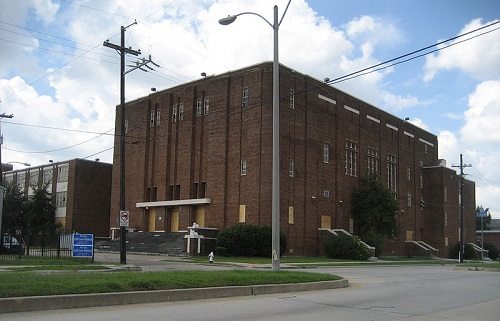 There’s no question in anyone’s mind that the Big Easy’s school system prior to Katrina was in terrible shape. For some observers, the storm allowed them to wipe away the existing infrastructure in one fell swoop rather than having to pursue the education reform battles of charter school advocates elsewhere in the nation.

Charter school proponents exulted now that the all-charter conversion milestone has been reached. “We’ve reinvented how schools run,” said Neerav Kingsland of New Schools for New Orleans, which has been a lead promoter of the charter conversion process in New Orleans. “If I am unhappy with service I’m getting in a school, I can pull my kid out and go to another school tomorrow. I don’t have to wait four years for an election cycle so I can vote for one member of a seven-member board that historically has been corrupt.”

According to the Post, the Orleans Parish school district fired some 7,000 employees after Katrina, most of them African-American, while the teachers hired for the charters have been much more demographically white, many drawn from Teach for America. The fired teachers have won a judgment for wrongful termination, with expected penalties and compensation to amount to more than $1 billion. Other racial issues have been surfacing, such as a federal civil rights complaint filed recently that New Orleans funneled white students into the better charter schools and shunted black pupils into the worst schools.

Given the pre-Katrina performance of the school system, it would be next to impossible for the new charter schools to have performed worse. Student performance on standardized math and reading has increased from 23 percent in 2007 to 57 percent in 2013 performing at grade level. However, improvements in school performance have been accompanied by massive infusions of federal money aimed at rebuilding the school system after Katrina, supplemented by generous grants from education reform funders like the Walton Family Foundation that perceive New Orleans as a grand and unique experiment for pursuing their agendas.

While New Orleanians are generally pleased with the reported improvements in school performance indicators, polls suggest that they are not wholly taken with the privatization of the school system, the end of neighborhood schools, or the loss of parental control over charter schools themselves. However, it appears that all of the New Orleans charters are managed by nonprofits, so at least for the moment not subject to charges that they are enriching private, for-profit school managers.

Building on their success in converting the New Orleans system, Kingsland and others are moving to replicate the model of an all-charter system in other cities. It may be that Katrina made New Orleans unique, and ed reform advocates might find other cities less easy to convince.—Rick Cohen