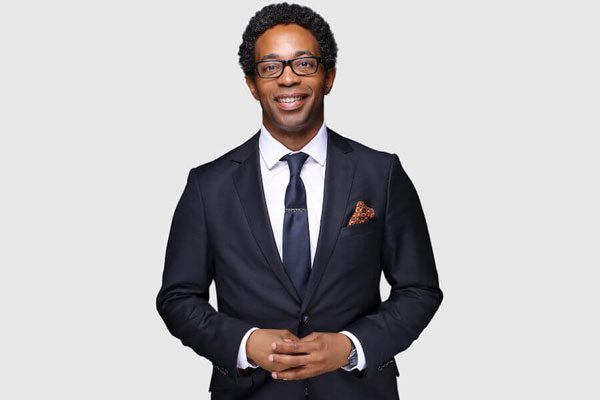 Can a progressive prosecutor make a difference? Jacob Rosenberg in Mother Jones poses this question in his profile of St. Louis County prosecutor Wesley Bell, who just passed the 100-day mark in office.

To win election, Bell defeated Bob McCulloch, who had served as the county’s prosecutor for 28 years. As Jacob Rosenberg recalls in Mother Jones:

During the campaign, McCulloch held firm to his tough-on-crime approach, saying that in his nearly 30 years as a prosecutor, he “removed the most dangerous and violent criminals from our neighborhoods.” He proudly emphasized his police roots, often recalling his experience as the son of a cop.

Bell made a striking foil in the race. Though he was also the son of a police officer, Bell, a 44-year-old black man, branded himself as a “leader in the streets,” and someone who was unafraid to speak out against racial inequality.

Animating the campaign was McCulloch’s failure to prosecute Darren Wilson, the police officer who shot Michael Brown in Ferguson in 2014. Indeed, in the case, the prosecutor’s office in the grand jury room often seemed to be acting more like Wilson’s defense attorneys than prosecutors. The death of Michael Brown—and the failure to indict Wilson—help lead to the birth of Black Lives Matter.

Nonetheless, McCulloch had been widely favored to prevail. But Bell won convincingly, garnering 57 percent of the vote in a Democratic Party primary election marked by an unusually high turnout. Bell’s victory forms part of a larger wave of Black left candidates who prevailed last year. Bell got involved in politics in the wake of the shooting of Michael Brown and had won a City Council seat in Ferguson in 2015, where he served before his election as county prosecutor.

As NPQ noted shortly after Bell took office in January, right out of the gate, Bell set to differentiate himself from McCulloch, announcing policies in the first week to not prosecute marijuana cases involving fewer than 100 grams, to shift opioid policy toward a public health approach, to forgo requiring cash bail in misdemeanor cases, and putting in place measures that forbade prosecutors to threaten witnesses to force them to testify, among other changes.

Bell, Rosenberg observes, is part of a trend of prosecutors who have broken out of the “law and order” models. Other officials that Rosenberg names are Larry Krasner in Philadelphia, Rachael Rollins in Suffolk County, Massachusetts (Boston), and Mark Gonzalez in Nueces County, Texas (county seat, Corpus Christi).

Bell acknowledges the responsibility in the wake of Michael Brown’s murder to take on racism and police brutality. About Ferguson, Bell has said that, “These events will be in our kids’ history books… We have the eyes of the world watching.”

One of Bell’s actions on his first day on the job was to send staff an interim memo, that among other things, told them “to not ‘overcharge’ on felonies, and to share documents with defense counsel.” Bell has also announced that he will handle child support cases in civil court rather than criminally, which he says “will help offenders have better chances at getting jobs, resulting in better chances at paying for their children’s care.” Rosenberg notes also that Bell refused, “in a high-profile case involving charges of sexual assault and murder…to seek the death penalty.”

All of these actions have faced resistance. After Bell defeated McCulloch, non-management attorneys and investigators, who had been nonunion for the 28 years that McCulloch had led the department, moved to join the St. Louis Police Officers Association; the union won recognition in December, two weeks before Bell assumed office. The union has regularly raised objections to Bell’s policy changes.

Kayla Reed, a local activist who cofounded Action St. Louis, notes that, “There’s really a break in this two- or three-decade-long law-and-order position.” Rosenberg adds that, “The speed of Bell’s efforts has pushed prosecutors and police to fundamentally change how they see themselves within the system and unlearn long-established processes.”

Regardless, Bell insists that his office is “still going to implement the reforms and policies that St. Louis County voters overwhelmingly voted for.”

Bell says that he hopes the changes he is implementing will ultimately see far wider adaptation. As Bell puts it, “I hope other prosecutors…out there start to do their homework and do their research. Because these policies work.”—Steve Dubb