New Study Suggests the US Could Benefit from More Nonprofits 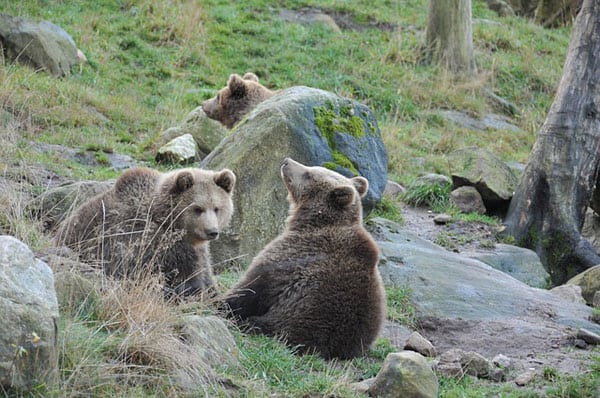 Five nonprofit scholars from three higher education institutions have collaborated on a new research study that sheds light on the perennial question of whether or not there are too many nonprofits in the US. Writing in The Conversation and using the analogy of a forest supporting a herd of animals, two of the study’s authors explain, “The important question is whether the environment—the forest—has enough resources to support the herd.” Their extensive study, based on in-depth statistical analyses, suggests that nonprofit financial health starts to worsen when a county with three nonprofits per 1,000 residents gets an additional nonprofit organization.

As a starting point, the authors use the National Center for Charitable Statistics’ (NCCS) number of 1.5 million nonprofits operating in the US. As background on this important number, NPQ revealed in a recent report that the IRS’s automatic revocation program, which officially began in 2011, “still affected more than 450,000 nonprofits, including 275,000 501c3 public charities and private foundations.” Although NPQ’s findings reveal that the number of nonprofit reinstatements has dropped every year between 2010 and 2017, it is still possible that there is still some fluidity in data that reflects the sector as a whole.

The authors of “A Field Too Crowded? How Measures of Market Structure Shape Nonprofit Financial Health,” an article published in the Nonprofit and Voluntary Sector Quarterly, begin by acknowledging that the nagging question of sector sustainability has been investigated in many different ways by many different people from both inside and outside the nonprofit sector. Whereas some of this early research was entirely quantitative, the authors argue that their specific focus on nonprofits’ financial health sets their work apart.

The underlying question driving their research was whether having more nonprofits in one place and competing for funds affects financial health. Using data from 2011, the authors examined 291,320 nonprofits across 3,141 counties throughout the country and then “assessed the relationship between the aggregated financial health of all of the groups and county-specific characteristics, such as nonprofit density, the size of the local population and poverty rates.” As data sources, the authors used NCCS, the American Community Survey, and 990s from organizations reporting at least $50,000 revenue. (Interestingly, the authors excluded 28,960 organizations from the study because of missing information from their 990s.)

The authors’ finding that “creating yet another nonprofit in places with the greatest number of nonprofits per thousand residents made all of its peers financially weaker” has clear relevance for the sector as a whole. Another important conclusion relates to the size of nonprofits within a given community and the challenge that can come with being an outlier. The authors explain, “Our data indicated, if one or two larger nonprofits get most of the regional funding, establishing a new, smaller group poses little competition.” Highlighting one of their own unanswered questions, they note that their data showed a different spread for arts organizations and request that future research “help unpack other nonprofit fields that might be affected differently by density and why density plays out differently for these types of organizations.”

The authors reveal that their research indicates that the average county “only has one nonprofit per 1,000 people” and so “adding one or two nonprofits typically may actually improve the financial health of all the nonprofits.” They also suggest that within limits, an increase in nonprofits could “lead to greater collaboration and sharing of information and resources among nonprofit leaders.”

The authors conclude the study with a cautionary note that “from a purely financial perspective, there is legitimate concern for field-crowding.” More research on the topic is needed to explore some of these questions in more depth and to ensure that the herds of the future can survive in the forests.—Anne Eigeman