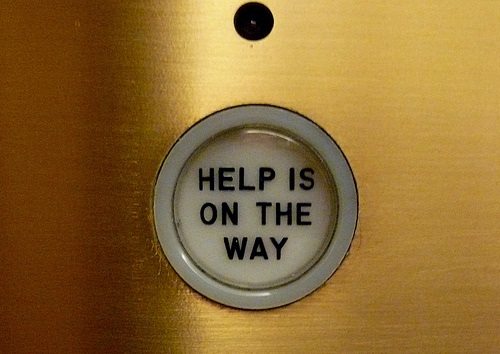 Survivors may appreciate the recognition sexual assault is once again receiving following the avalanche of accusations against Bill Cosby and Rolling Stone’s devastating exposé of an uninvestigated gang rape at the University of Virginia. However, the very public spectacles of these alleged assaults are the opposite of how many victims would like to obtain justice.

A public fight for justice often deters victims from reporting their attacks, among several other reasons like having to drag out the ordeal, social fear, or retribution from the attacker. However, one nonprofit is trying to find an easier way for victims to report their attacks.

Nonprofit Sexual Health Innovations, which focuses on marrying sexual health advances with technology, is developing Callisto, an online reporting system that removes direct involvement of law enforcement and campus police from the reporting process, often the most significant obstacle for victims.

The program gives young victims an effective alternative to reporting their assaults in person to the city police or campus police. After an incident has occurred, the victim will create an account online to compile a report, recording the details of the assault and any evidence available through videos or pictures. Once the report has been made, the victim can choose to save it, placing a time-stamp on the incident.

The incident will be reported to the authority of the victim’s choice, if he or she decides to report. The saved report can be sent at any time, depending on what actions the victim wants to take, or he or she can choose an option that automatically sends the report if someone else reports the same perpetrator, which can be a crucial selling point for many victims to report. Ladd indicates Callisto’s reporting system will “keep the survivor in control of their own data and their own choices.”

So far, a crowdfunding campaign has been able to raise more than $25,000, but officials behind the project anticipate another $1 million will be needed to completely finance and develop the pilot campaign on three college campuses for the 2015-2016 school year.

One of the factors that can encourage or discourage a victim from reporting a crime is the existence of other victims. According to Sexual Health Innovations’ executive director Jessica Ladd, “Survivors are often willing to share about our experiences—you just need to give us a compelling reason and a safe way to do so,” like other individuals that have been victimized in similar way, perhaps even by the same person. Understandably, finding others whose horror story mirrors your own can be a strange comfort. The article in Rolling Stone discusses the relief the victim found in One Less, a campus sexual assault education group where students gathered once a week, sharing their stories. Their tales, whether with different circumstances or involving the same perpetrator, often intersected on several commonalities: The assaults often took place while one or more parties were drunk or at a frat house and elicited uncomfortable questions from friends and college officials.

This reporting system has great potential to ease the burden of reporting assaults. Without having to physically recount the events to someone he or she does not know, one challenging element of an already difficult reporting process is removed. However, while taking pictures and videos will provide valuable information if the case is prosecuted, a victim would still need to submit to a rape kit, an unavoidably invasive procedure.

Ultimately, whether a victim submits a report through a computer or a person, it will end up in the same place—either the local authorities, or worse, campus officials. We must still work to eradicate the injustices that occur at the hands of campus officials who are, more often than not, not qualified to be deliberating a sexual assault case. Then there’s the question of whether a criminal charge should at all be prosecuted at a school without the traditional elements of a trial. A gang rape on a college campus would at most result in the perpetrators’ expulsion if prosecuted by a school—what else can they do? In a real-world prosecution, the assailants could receive lengthy prison sentences. Of course, we must also take into account that some sexual assaults may not be able to be prosecuted in a courtroom due to lack of evidence. A school trial may be all the justice a victim gets.

Obstacles and hurdles may still stand in a victim’s way to reporting, but as a pilot program, Callisto can spotlight many of these ongoing issues with sexual assault on college campuses and start bringing forth real solutions, starting with encouraging more victims to come forward.—Shafaq Hasan