NYC Mayor de Blasio has vowed to “build or preserve” 200,000 affordable housing units over the next ten years. This phrase is dubbed “weaselly” by Justin Davidson, the article’s author, because it actually means, he says, that only about half that number would be actually added. But Davidson urges the mayor not to sacrifice architecture for social justice. Although NYC has not excelled in integrating the two, they can be mixed quite ably and in ways that meet social needs while not crushing our collective souls.

But the real meat of this article is in the striking pictures and descriptions of subsidized housing in cities as diverse as Singapore, Madrid, Vienna, Paris, and San Francisco. Each of the designs has solved problems of space, climate, and density with buildings that you may love or hate, but are in no way boring.

Here is one example from Vienna, where “the city recycled a quartet of industrial behemoths by dividing them up among architects and demanding a mix of offices, apartments, stores, and common spaces. Coop Himmelb(l)au inserted a new cylinder inside one of the original brick shells, and added a new glass chip outside, combining twenty-first century weightlessness with industrial-age brawn.” 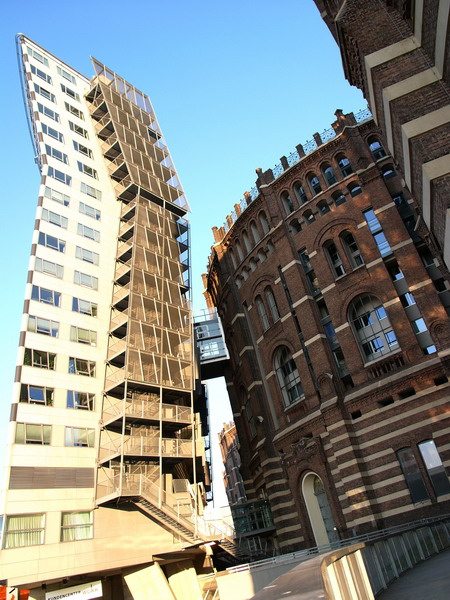 But please, visit the article itself for a full blast of publicly funded architectural creativity.—Ruth McCambridge